Sports on the Dangerous Verge 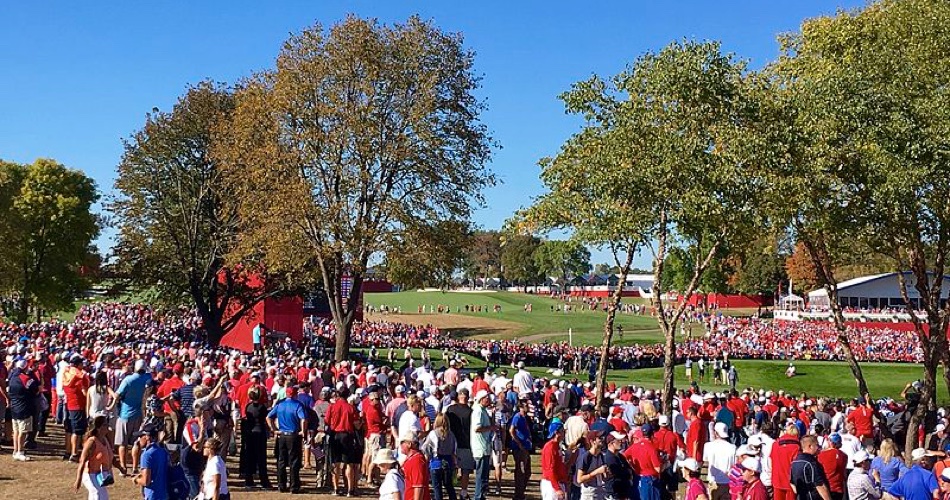 PGA Tour is coming back this weekend at the Colonial in Texas. German soccer continues to carry us through the dark times. The Premier League resumes in just two weeks. MLS will try to come back this summer. Baseball could return in late July, if the owners can stop being assholes. The NBA is back with a terrific format on July 31. Football seems to be gearing up to start its seasons on time.

It should be a time of great enthusiasm and greater relief, and yet, with states attempting to re-open across the country, we’re seeing some bad trends:

In various ways, we seem to be operating on a strange psychological basis when it comes to COVID-19. It’s like we don’t consider it a virus, but rather some kind of punishment from on high, like a parent putting us in time-out. Once we’ve served your penance—in this case, two months of relative shutdown—we want to believe the root cause is forgotten, that life can move on, that the worst is over.

Except, this is a virus. It still exists, and the actions we took to slow its spread only work as long as we maintain those actions. Unlike some other countries, we didn’t move quickly or comprehensively enough to shut it down when it started, and the minute we resume our usual activities, guess what? The virus does too.

It would be great if we were Germany or South Korea, but we’re not. We let it spread, and the cliche about horses and closing barn doors applies here. In the last couple of weeks, we’ve seen governors transition their states into new “phases” of activity, we’ve seen thousands of protestors flood city streets, and generally we seem to be accepting a collective delusion that the virus is gone.

It ain’t, folks! I don’t know exactly what’s going to happen when all of these sports return, but I do know that if it goes sideways and we have to shut down again, it’s going to be a massive economic and psychological blow. Playing without fans will hopefully be an adequate solution, but even on that front, you’ve got leaders like Ohio’s Republican governor Mike DeWine saying that fans will be able to attend the Memorial in mid-July. That seemed especially egregious to me because of sheer amount of senior citizens who attend golf tournaments.

I’m not going to pretend to be an expert on how this will all work out. I’ve heard that hot summer weather weakens the virus’ ability to spread, and I’ve heard there will be restrictions in place, and I’ve heard…all sorts of things. But I can also see what’s happening in the hearts and minds of people who really want this all to be over, and it’s hard to call it anything but wishful thinking. COVID-19 has not gone away. This was not a two-month stint in the penalty box, to be served and forgotten. All across America, cases are increasing as we return to “normal,” which is exactly what you’d expect. I want sports back as much as anyone, and probably more than most, but I also wish there was more recognition from citizens, leaders, and sports leagues of one simple fact: This isn’t over just because we want it to be.

I Love This Story: Guillermo and Eduardo

It was a complete accident that I stumbled on it this morning, but I encourage you all to read about Argentine journalist Eduardo Puppo’s obsessive, quixotic, 13-year quest to prove to the ATP that his countryman Guillermo Vilas, a clay court legend, should have been ranked no. 1 on two separate occasions in the mid-1970s, but was denied due to inconsistencies in the ranking system. His research has already forced the ATP to give Vilas credit for three titles retroactively, but despite 1,200 pages of documentation and the review of more than 23,000 matches played by more than a thousand players, the ATP essentially ignored him and said they didn’t want to “rewrite history.” Puppo’s response was great:

“No, we are not rewriting the story, that is impossible. The story is unique. We are writing the missing part of the story. The full story. Otherwise it is better not to tell it, because it is lying to those who starred in it.”

Throughout the process, Puppo has given up huge chunks of his life pursuing this strange goal. He’s friends with Vilas now, but only knew him professionally when he started, and the goal always seems to have been seeking redress for something that rankled him as an Argentine. Plus, there’s nothing better than an insane quest that is arcane and historical, but nonetheless occupies a person’s entire life and puts himself up against a reluctant bureaucracy. Check the whole thing out here.

This was a fun exercise:

In reality, all of these guys are going to be there if the U.S. Open and French Open are actually played this fall (Wimbledon has already been canceled). But I do like Wertheim’s scenario, in which one or two of the big three cancel, and the other has to consider how this presents a golden opportunity. (For those less rapt by their career race than me, the current slam totals are Federer 20, Rafa 19, DJoker 17.)

Here’s another scenario to consider: What if the U.S. Open is canceled because it’s in New York (Rafa and Djokovic are already skeptical), and what if the French is the only other slam played in 2020? What if Rafa wins, and what if the final career totals end up like this:

If that happens, I can guarantee you we will never stop talking about the 2020 season, what was played, and what wasn’t.

Over at Golf Digest today, I wrote about two responses from NFL figures to the protests. The first is from Roger Goodell, and hence the NFL itself, and while that bit of forced reconciliation falls under the “better late than never” label, it still strikes me as too little, too late, especially as it pertains to Colin Kaepernick and his derailed career. However, call me a dupe, but I actually admired Drew Brees coming out and saying that he was wrong, and that the current and former protests actually weren’t about the flag. I’ll link that here when it goes up later this morning. For now, though, I can’t help spotlighting this tweet from our president on Monday:

One of the central conflicts of these protests, especially as they trickle into the NFL, is whether they will be evaluated on their actual merits, as specifically targeted against police violence and racial injustice, or whether they’ll be twisted to be about the flag and troops and etc. It’s critical for the anti-protesters to make them about the latter, as I’ve written before, because it’s easier to divide people that way. If you take the activists at their word, though, you’re more likely to ask yourself the question they want you to ask: Are they right?

And though I absolutely know I’m being suckered in by the latest troll job, that’s what drives me fucking crazy about tweets like the one Trump released this morning. It’s constantly about dividing, dividing, dividing, endlessly and constantly. It’s about stirring up fights, about putting people at each other’s throats, and making us hate each other, and the guy never misses a chance. He has an incredible amount of power and influence, and it’s hard to imagine a less empathetic, more malicious way to use it. I’m not someone who believes America’s problems started the minute he took office, but Jesus, we really need our president not to be some instigating, sociopathic pied piper who spends all his time screaming “fight, fight, fight!” because he thinks it might help him win and genuinely doesn’t care about the consequences.

And now that I’ve completely failed in the “tiptoe around politics” mission I loosely set for myself when this started, this seems like a good time to end the post.

One thought on “Sports on the Dangerous Verge”