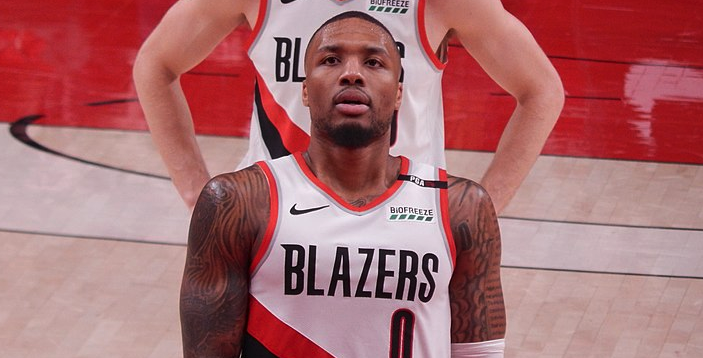 Quick logistics note: A week from today, on Monday the 24th, I’m going to de-activate the Patreon, so you’ll no longer get notices after this week. I’ll continue to update the site on a regular schedule until the end of the month, but you’ll have to check it manually. Just wanted to make double sure nobody gets charged again. Thanks!

Okay, so the day is here: The NBA playoffs. And in a “this probably hasn’t happened in 50 years” moment, there will be day games during the week. It starts with Jazz-Nuggets at 1:30 today, and runs through Nets-Raptors, Sixers-Celtics, and Mavs-Clippers. Did they save all the best series for Tuesday? My friends, they did. But that’s probably wise, because we can get through day one on pure playoff adrenaline alone, and then on Tuesday we get the delicious Heat-Pacers and Blazers-Lakers series, plus Giannis. Here are a few very quick, very non-expert thoughts on each series:

Jazz-Nuggets: Utah is a very boring team, at least by NBA standards, but that’s okay because Nikola Jokic is the one man boredom killer. Look at this maniac:

A Twitter video search of his name is just a treasure trove of cool passes, most of them done very casually.

Nets-Raptors: The Raptors are one of those teams that deserve endless respect for still being very, very good a year after the Kawhi championship. They can also accomplish something historical by becoming one of the few teams to win a title without a true superstar. As I wrote recently, one of the only teams in modern memory to do so were the ’04 Pistons.

76ers-Celtics: Philly has looked very so-so in the bubble, and the Celtics have been their usual efficient selves. One of the coolest things about the bubble is that the unusual circumstances might allow for a surprise champion, but that’s also what’s terrifying about it when it comes to the Celtics. I can just see Brad Stevens slipping through the east on the strength of brute ugliness, and then…who knows? I do not look forward to this inevitable frightening run.

If the entire NBA was just clever Eastern Europeans with old-man game, I’d be completely fine with that.

Magic-Bucks: I hate to say this, but I’m starting to get the very real sense that Giannis’ game is poorly suited to pressure moments when he has to create his own shot. In multiple tight games in the bubble, especially against the Rockets, he seems a little panicky and a little unsure when the game tightens up at the end, and the fact that he doesn’t have a reliable mid-range jumper lets the other teams crowd him. We saw it a little bit last year against the Raptors in their series, and as much as I want the Bucks to grab the title this year, I don’t know if they’ll have the goods.

Heat-Pacers: T.J. Warren is the obvious attraction here, but I would also like to draw your attention to the fact that Jimmy Butler is operating a coffee shop in the bubble, and price gouging the hell out of his fellow players:

Thunder-Rockets: I wrote a reluctant appreciation to James Harden recently, and god help me, I think I’m rooting for the Rockets in this series. But in this series only. Because screw Chris Paul.

Trail Blazers-Lakers: What can I say, except…Damien Lillard. Just read my ode to him. I’m all gushed-out. But I’m sure I’ll recover if they can actually give the Lakers a scare.

Enjoy these games, and I’ll be back Wednesday with some thoughts on the first slate.