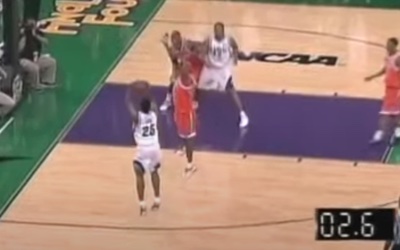 Hey all, if you missed yesterday’s Patreon announcement, I’m shutting down that element of the site by the end of the month. I’ll still post here and put up podcasts, but the pace of things ended up being a little more than I bargained for, and I realized I lack the time and energy to keep doing a daily post, much less promoting it and etc. etc.. As I said yesterday, I truly appreciate all the support. I’ll leave the Patreon going for now so people can get updates as I finish out the month, but a few days before September starts, I’ll delete it so nobody gets charged again. Thanks again!

The topic of today’s post is sports trivia, coinciding with the start of Fortnight VI of Apocalypse Sports Trivia, the league I run that now has 180 players. The format is pretty simple, I think, which I’ll now put to the test by trying to explain it in two sentences: For two weeks, each player gets five questions per day and is matched up against an opponent in his division. Correct answers and a defensive scheme determine the results, and a player can be promoted or relegated into a new division at the end of the “fortnight” based on his or her results.

It gets a little deeper, but that’s the gist. (Also, let me mention this now, anyone who reads this and isn’t already in the league is more than welcome to join.)

There a lot of cool parts about running the league, but the best part is trying to write good, entertaining questions. My goal with each fortnight is for the group at-large to have a total correct answer rate just above 50%, and in service of that I often tweak the difficulty of questions during the two weeks. Right now I’m in a state of paranoia because there are 60 new players this time, and the questions so far have been more difficult than usual, to the point that I’m worried all the new people are thinking, “this is not fun, get me out of here.” But the secondary goal is to write questions that are fun and revealing, and, in some cases, offer two ways to access the answer. I’ve learned that it’s a kind of low art, and one that I can be intermittently good at when I’m not stuck in a rut.

One question that always sticks out in my head, of which I’m particularly proud, is this one:

In the 1904 Summer Olympic Games in St. Louis, a retired cricket professional named George Lyon won a gold medal as one of just three Canadians competing in an event that included 71 Americans. (No other nations participated.) Who was the next man to win an Olympic gold medal in Lyon’s event?

I like it because on the surface, it seems like you’re going to have to know who won some event you don’t know in 1908, which would be a ridiculous thing to ask. But if you know it’s too ridiculous, and that I couldn’t possibly write that question and expect anyone to know the answer, then you know there’s an angle. The answer has to be something you don’t expect.

As you see, part of doing this is anticipating the thought process of the people who answer, and trying to get on their wavelength ahead of time, to anticipate how they might solve it, and to give them access to the pathway that leads them to the answer. It’s a tightrope walk, because you don’t want it to be too easy, but if it’s too hard, you’ve cut off access completely and it’s no fun. Believe me, I’ve committed both errors on multiple occasions.

So, for this question…if you suss it out, you may reach the conclusion that the answer has to be someone modern, because otherwise it’s far too obscure. Which would mean the sport had to have been discontinued after 1904, but then reintroduced. Lyon was a retired cricket professional, so it stands to reason that the sport could involve swinging, and could be played by someone older. If you get that far in your mind, then you might get to golf, and now you’ve got the key. From there, you have to know that golf came back in the 2016 Games in Rio, and that the gold medalist was Justin Rose.

Somewhat hilariously, this question was from the very first fortnight, which was run all by email, and someone did a reply-all with the answer by accident (that’s when I learned to use BCC), so it was nullified. But looking back at the chain, of the 10 people who responded before the snafu, six got it right, and seven got to the “golf” key. That felt very satisfying, like we’d connected on the brain wave level.

The questions are not all that cool—not by a longshot. Here’s one I wrote a couple days ago:

Aside from the fact that they’re not “animated,” as Ivan helpfully pointed out, this question was insanely easy for everyone. If you’re like 174 out of the 178 people who answered correctly, you know that the game is Sorry! Meanwhile, on that same day, I asked this question:

I won’t hold you in suspense: The answer there is “war wagons,” and as you might imagine, almost nobody knew that. It was, in my opinion, the hardest question that’s ever been asked in my league, and only eight out of 178 people, including one who actually works for NASCAR, knew the answer.

So that’s what I consider a bad day: One question that is virtually ungettable, and another that is so gettable that it’s basically useless in separating anyone. On an ideal day, the correct answer rates would be distributed like so: 30%, 40%, 50%, 60%, 70%, for an overall total of around 50%. That very rarely happens.

There are a lot of other things to consider, too—balancing history with current events with rules with entertainment with whatever, making sure categories don’t repeat too often, trying to vary the style of questions within each day, and on and on. It’s been one of the really fun challenges of the past year for me, and the fact that I’m still learning, and still failing, is part of the fun…and a big reason why something that started as a fun diversion for 16 friends now has 180 people.

I’ve had a few people offer to write questions for me if I ever want to compete, which is very generous, but the truth is I would be mediocre at this trivia—I would be in one of the lower leagues—and it’s more fun for me to write and to watch everyone else compete.

To conclude, I’ll give you what I consider the two best questions of my league so far, both of which require a couple leaps to find the key, but, once you get there, are pretty accessible with a base of knowledge.