Lose the Owners: A New Sports Agenda For a New Political Age 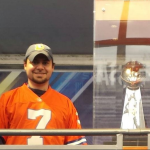 (Note: This morning’s post is a guest contribution from my former Paste Magazine co-worker Jacob Weindling. Enjoy, and I’ll see you all Monday.
—Shane)

Envision a world without sports owners. Imagine an NBA where the New York Knicks are not constantly haunted by one of the pre-eminent failsons in America, and instead are one of the most prestigious and valuable sports properties in the world. Or an NFL football team in our nation’s capital with a name befitting the standard we wish to hold ourselves to, and without an incompetent owner who constantly sabotages his city’s team over any inch of success that cannot be attributed back to him. While sports fans tend to side with owners in any generic player versus owner dispute, nearly every sports fan despises a specific owner ruining a team they root for, and this presents a gigantic opportunity for socialism.

In my hometown of Denver, the Monforts are a curse word associated with cheapness and an aversion to success, a pox upon our beloved baseball team. I know plenty of folks who do not show up for midterm and local political elections, but who would certainly show up to vote if ownership decisions over the Colorado Rockies were on the ballot. If the Broncos were on the ballot, 100% voter turnout in Denver enters the realm of possibility.

We seem to be at the end of the neoliberal order which governed the last half-century of American life. What will replace it is impossible to predict, but fascism is already out to a commanding lead. Socialism has made vast inroads in the electorate since its first modern appearance on to the mainstream American scene in 2016, but Bernie Sanders’ loss to Joe Biden in the Democratic Primary proves that the broad coalition desired by socialism’s adherents is still a ways off. Socialists need to be thinking of ways to bring in new activists and voters to the cause, and sports is an obvious move. There was a missed opportunity during this sports-less time to inject a debate over owners into the mainstream.

James Dolan. Dan Snyder. The Wilpons. Mike Brown. Jeffrey Loria. Dean Spanos. Frank McCourt. Charles Comiskey. Peter Angelos. Art Modell. Walter O’Malley. Robert Irsay. Donald Sterling. The list of owners who either hijacked franchises from a city or looted them while investing little in trying to win is endless. There are many Knicks fans who could not care less about electoral politics who would vote for any platform you placed in front of them so long as it put New Yorkers in charge of the Knicks while throwing James Dolan out on the street.

Some may dismiss this as a side-show, and of course sports seem especially meaningless right now while millions of Americans are flooding the streets during a deadly pandemic in order to protest racial inequality and police injustice, but this is absolutely a topic of debate under the purview of the federal government. In 1922, Major League Baseball was granted an anti-trust exemption by the United States. Over the rest of the 20th century, the National Football League, National Basketball Association, and National Hockey League all gained one too.

These leagues look and act the way that they do because the U.S. established laws that allow them to do so. If MLB had to deal with competition like any other industry, it would look a lot different today than it does right now. Perhaps something else would have already taken its place. Government has shaped sports once before and it can shape it again.

I am a Broncos, Rockies, Avalanche and Nuggets fan because I grew up in Denver. I didn’t choose those teams because of their colors or the fact that they all evoke images of the outdoors or because I like a little champagne with my masochism. They’re all representations of my home. They’ve provided me unforgettable experiences with people I care about in my family and my community. These teams belong to Colorado sports fans, not the Monforts, Stan Kroenke—or TBD in the Broncos current calamitous ownership case. They belong to an entire family fighting for control of what is something like a local religion in these parts.

Residents often pay in taxes to build palatial multi-million and billion-dollar facilities for multi-millionaires and billionaires, yet have no agency over the direction of the team, and don’t share in the revenue of the facility. In fact, if residents don’t pay this ransom, often these owners will simply move the team to another city, as in the case of the Seattle Sonics or St. Louis Rams. These teams are public goods, and we should start treating them like one.

So nationalize the sports teams. All of them. The minor leagues too. If cities elected governors to oversee the various operations of teams, it seems incredibly likely that this would lead to a surge in voter turnout given America’s obsession with sports. This is a winning issue for socialism, especially in cities like New York where sports fans are at their limit with their greedy and incompetent owners. Not only could an aggressive sports strategy bring more voters to socialist causes, but it could also create more converts, as the abstraction of political theory is far easier to understand once one can see how it manifests in the observable world surrounding them.

Many are fond of saying the choices right now are socialism or barbarism, and if this is true, then socialists should be wracking their brains trying to find ways to broaden the coalition. While the establishment critiques were largely true, the Democratic primary revealed that running against the Democratic Party and the media will not get you very far on the left in today’s America. What is true and what is effective are often not in concert with one another, and many of the left’s terminally online socialists must internalize the fact that there is a large difference between yelling at the Overton Window-shifting media and talking to potential voters.

Sports is an inroad that socialists can make with a lot of people who otherwise would not listen to a socialist message. It is one of the few shared cultural spaces America still has left, proved by yesterday’s NFL player-led backlash against future hall of famer Drew Brees’s failure to understand Colin Kaepernick’s protest, and Broncos head coach Vic Fangio’s ignorant quote about not seeing racism in the NFL (Fangio later admitted he was wrong, while Brees published one anodyne sentence about racial justice while continuing to defend his initial words…before public opinion essentially forced him to write a real apology.).

Polls indicate that a significant majority of Americans approve of the protests enveloping cities both large and small in America, and people are beginning to understand how little control we have over our lives in the neoliberal order established by the last 50 years of governance. Many things must change, and to get people comfortable with a shift to the left, socialists should aggressively pursue a platform of eradicating the very concept of a sports owner, and then placing the teams and arenas under control of the cities and states they belong to.