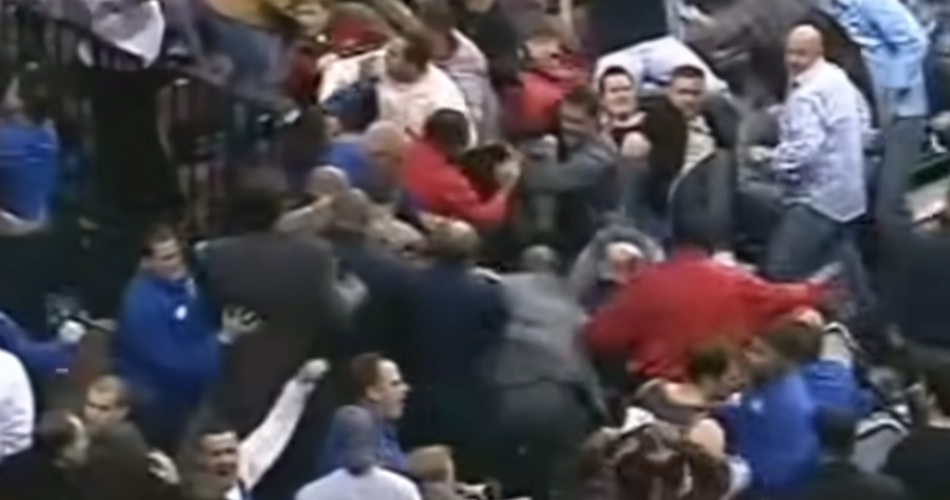 Question: Is being “institutionalized” by the pandemic going to be a thing? We hear about in the prison context most often, where somebody becomes so used to being locked up behind the walls that when they’re allowed to leave, life in the real world proves difficult. This is probably a very stupid comparison to make, but if you live a kind of sheltered, comfortable life, the pandemic probably started out boring and terrible and frustrating, but over time became normal. I don’t know why this is the case, but although I want nothing more than for this bullshit to end so I can go drink in a bar, travel to cover a golf tournament, or generally just do anything social, the prospect has also started to seem ominous to me, and not just because the disease is still out there. I think it’s going to be a shock to the system when we return to “normal.” Not a huge one, but a shock nonetheless. Personally, I plan to take one step outside my door, let the terrifying freedom wash over me, and then collapse in the fetal position until somebody drags me back indoors.

NBA Basketball, Lull Me to Sleep

We live in a period when a lot of ordinary things have the capacity to make you feel guilty. I’ll be writing a piece for Paste later this week about the complicated act of watching crime/police dramas—a genre I love—when every morning Twitter is basically a video compilation of police around the country behaving like a conquering army…right down to the individual cruelties that make you question every myth you’ve ever been told.

Sports isn’t quite as directly implicated (although sometimes it gets close), but it can still be an odd feeling to really disappear into the non-political side of sports when there are more important things happening. Not that the rest of my life is a monument to activism—it ain’t. But I have the definite underlying thought of, “even if I’m not out on the streets protesting, I should at least have all of this on my mind.”

Which is a long-winded way of saying sports are a guilty pleasure, emphasis on guilty. Nevertheless, this article was like manna from heaven to me. It’s nothing complicated; just a long, beautiful article previewing the resumption of the NBA season for all 22 teams who will be making the trip to Orlando. Everything about it was wonderful, right down to the team colors in the photos. There’s a saying I’ve always heard attributed to the French (as a people, presumably) that “the best part of an affair is walking up the stairs,” and I could make a reasonable argument that the best part of a sports season is a really good, really extensive preview that comes out just before the games begin. The sense of anticipation, the pure possibility, exist in every name and in every prediction.

This “preview” of the NBA’s closing stretch filled that role perfectly. Even just looking at the layout brought me back to the days as a kid when the special high school football preview insert came out in the local paper. That’s definitely because of the pandemic, but hey, I lost myself for a minute, and that’s a sort of gift.

Another thing I love about previews, and the great irony of them, is that they answer absolutely nothing. I finished this one legitimately believing that any of the 22 teams profiled could win the championship, including Zion’s New Orleans Pelicans. There’s a positivity to the art of the preview that’s all-encompassing, a little bit delusional, and completely captivating. By the middle of an ordinary season, reality has entered the picture and the Knicks are a depressing lump of shit again, but this year we’ve eliminated all the terrible teams, and boundless optimism is back in frame.

As I said, it’s not even a profound article. It’s just good, thorough, long, and escapist. I’ll take it.

One big question remains: Will they pump in crowd noise? It’s easy in soccer because a match has only a handful of emotional climaxes, but the DJ or sound engineer or whatever for NBA crowd noise would be lot busier. It’d be especially funny if he or she had to choose when to unleash the boos. They should put programmed robots in the stands, with something like a 1 in 100,000 chance of one of them charging a player and recreating the Malice at the Palace.

Another fortnight of Apocalypse Sports Trivia has ended, and today’s podcast will feature a few of the players going for an ultra-title. With that in mind, here are the “Super Bowl” questions for your amusement:

1. Martina Navratilova won 31 women’s grand slam doubles championships, the most all-time. Name the partner with whom she won most of those titles, 20 in total.

2. Scotty Bowman is the only NHL head coach to lead three different teams to a Stanley Cup title. Name all three teams.

3. Name the most common situation in which a batter in a major league baseball game can hit a ball into fair territory and be declared out before anyone (on either team) touches the ball.

4. On the ESPN Sportscentury countdown of the 100 greatest athletes of the 20th century, two of the athletes were speed skaters; one man, one woman, both American, both five-time Olympic gold medalists. Name both.

5. Name the town that was founded in 1910 because of a gold rush and had become a disincorporated ghost town by 1931, but which lent its name—taken from an Athabascan word—to a trail.

You probably knew this was coming when I name-checked the Malice at the Palace earlier. You know how sometimes memory can distort past events into being bigger, more dramatic, than they actually were? My friends, this is not one of those times. I re-watched the video below about a year ago, and was shocked by how fucking insane it was. If anything, time had dimmed its intensity in my head. Watching again, it’s almost impossible to believe what you’re seeing, and when the Pacers flee at the end you get the sense that if they stayed for about three more minutes, the Detroit fans might have killed them. And it all happens in three minutes! In the year 2004!

Also, you have to go to the 6:21 mark in this video to watch Jermaine O’Neal absolutely clobber a Pacers fan. O’Neal slips just slightly before throwing the punch, which dampens the impact, and I genuinely wonder if he might have killed the guy if not for that bit of water or Gatorade on the floor.

What’s really scary in this video isn’t the players fighting, but how quickly the emotion of a crowd can reach frenzied levels. My friend Ariana and I were recently talking about the excellent book Among the Thugs by Bill Buford that documents mid-80s English soccer hooliganism from a street-level perspective…as in, he literally joined a group of Man U thugs and traveled with them. One of Buford’s main themes is how a “mob” is able to transition from a collection of individuals with their normal individual reservations into a horde that can almost think collectively. Once that group mindset is achieved, people are capable of violent acts that they’d never conceive of on their own. There’s something evolutionary there, some mechanism in the brain that switches off in the service of violence, and I always think about it when watching mass demonstrations.

It’s why, when we’re watching the current protesters, the attempts by pundits to divide them into “good” and “bad” activists, or peaceful vs. Antifa, or whatever, is so stupid—they’re failing to understand the way that normal, well-intentioned people can be carried off in the energy of a crowd when there’s enough anger and tension in the air. Every line blurs. Same is true for the cops in riot gear, and for them you can throw in the effects of mental and physical exhaustion that come from working under tense conditions for 12-hour shifts. In cases like these, the lines blur, and you can’t separate “good” from “bad” or “peaceful” from “violent” in the usual ways. It just takes one person making a choice to cross some imaginary line, to do something that would have been unthinkable a moment ago, and suddenly all bets are off.

In the embedded video above, the craziest moment comes around the 2:45 mark, when they cut away from the Pacers in the tunnel to the crowd shot, and everyone is fighting. It’s just chaos, and literally three minutes ago these people were watching a basketball game and getting read to leave in about a minute. But one hard foul, one shove, and one inciting incident later, the mob mindset had formed, and shit went haywire.

Podcast coming this afternoon. Have a great one!