RIP Don Shula, and May the NCAA Be Next 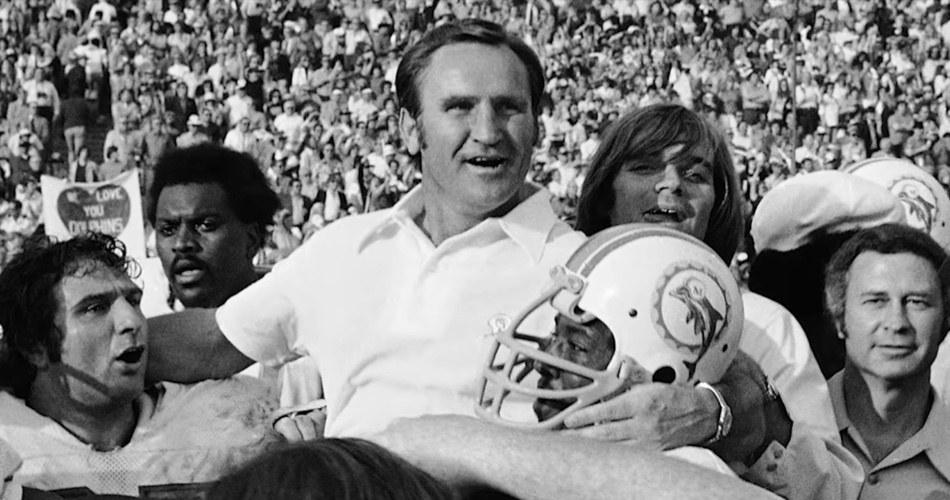 Women’s soccer stars Alex Morgan and Megan Rapinoe vowed to fight on after a California judge threw out their claim for equal pay with the men’s national team. As for the men’s team, head coach Gregg Berhalter celebrated the ruling, calling it “sweet validation, and permission for us to keep doing our thing.” In their most recent result, the men lost 4-1 in the first round of the Caribbean Cup to a team of ISIS detainees from Guantanamo Bay.

Louisville received a Notice of Allegations from the NCAA on Monday for a series of recruiting and “improper benefit” violations, making them the seventh school to be hit following a broad investigation by the FBI into college basketball. In a group statement released Tuesday morning, the FBI agents responsible said, “in terms of law enforcement rankings, we’re not saying we’re more heroic than the 9/11 first responders. But we’re asking the American public to consider that maybe we are.”

Mike Tyson’s trainer Rafael Cordeiro said that the 53-year-old former champion has the “same speed, same power as guys 21, 22 years old,” and that if he wanted, he could make a comeback in six months. But it’s not all great news, Cordeiro said. “His jaw strength is poor, his incisors lack the dentin you’d want to see, and the molars? My God, forget the molars. They’re practically powder. But what kills me are the canines. They used to be gorgeous, sharp and long. Now? They’re nubs. They’re ******* nubs.”

The Korean Baseball Organization became the first major professional sports league to return to action Tuesday, and ESPN has a guide to each team. Meanwhile, the Central News Agency, the state news service of North Korea, has also released a preview. It’s much shorter than ESPN’s, and consists entirely of this somewhat confusing and potentially doctored photo:

Don Shula died Monday at age 90, and while reading his obituary, I remembered that he had coached the only undefeated team in NFL history. (He also holds the records for most wins by an NFL coach with 347, a mark that can only be realistically broken by one man anytime in the next 30 years…though that man, Bill Belichick, will probably indeed break it if he sticks around.)

It occurred to me that I don’t really know much about this team. So I set a challenge of listing everything I thought I knew and then checking my work to see if I was right.

—Don Shula was the coach. I promise I knew this already.

—I’m almost positive it happened in 1972. Which means the Super Bowl was probably in 1973.

—I believe Dan Fouts was the quarterback.

—Some of them drink champagne each year when the last undefeated team goes down.

—Mercury Morris is one of the people who drinks champagne, and therefore was on the team. I think he was a running back.

—No idea who they beat in the Super Bowl, but based on the era, I’ll guess the Minnesota Vikings.

And now, let me check my work:

—Dan Fouts as QB? ❌  This shows what an enormous blind spots ’70s-era NFL football is for me, and how shoddy my memory is, because I’ve definitely heard before that Bob Griese was the Dolphins quarterback, and probably watched him do interviews when the Patriots made their run in 2007. However, even that answer would have been kinda wrong, as Griese went down with injury in week five, was replaced by Earl Morrall, and didn’t return until the Super Bowl.

—Champagne parties? ✅❌ Half right, half wrong. There was certainly a longstanding rumor that this happened, but Shula once said that it was nonsense. Too bad, it’s hilariously petty.

—Mercury Morris the team’s RB? ✅ Larry Csonka was there too.

—Beat the Vikings? ❌ It was the Redskins.

In short, I “knew” very little, and half of it was wrong. After reading the Wikipedia page, I now know that they had several close games that year, including two playoff games and the 14-7 win in the Super Bowl. They actually did something pretty stupid at the end of that last game against the Redskins—up 14-0 with two minutes left, they attempted a long field goal, had it blocked, and watched the Redskins return the block for a touchdown. On the next drive, they were forced to punt (that was also almost blocked), and then had to stop the Redskins on a final drive. That would have been quite the blown game.

But those who know me understand that there’s no way I would leave this section without bringing up the only other time a team made it to the Super Bowl without a loss, and the plucky underdogs who sent them home with their tails between their legs. Yes, my friends, it’s time to journey back to that wonderful day in 2008 when Eli Manning, David Tyree, Plaxico Burress, and the heroes of the Meadowlands took down the worst and most arrogant collection of villains in the history of sports.

The real journey, the final drive, begins at the 1 hour, 50 minute, 40-second mark in the video below. (You may have to click through and watch on YouTube for this one.)

Watching that again, my heart was still in my throat. The day after the game, I remember a friend and fellow Giants telling me, “I don’t trust it. Belichick has a plan.” I felt that same tension watching again—they’re going to stop Brandon Jacobs on the 4th-and-1 run. Eli’s going to fumble when he gets nailed from behind. Samuel’s going to grab the pick, and same with Meriweather later. And then…the Tyree catch. That whole play is a f***ing miracle, from Eli’s escape to the bizarre physics of the helmet-pinning, and I won’t accept any other explanation. The fact that the Catholic Church hasn’t sainted Tyree yet is a crime.

It’s so beautiful. After watching that game, I pirated it online and watched all or parts of it for two weeks. I could live to 100, and I don’t think I’ll see a more satisfying run than what the Giants pulled off that postseason—every game was a nailbiter, and I don’t think any team I’ll ever root for will catch lightning in a bottle quite the same way. I like to imagine that Belichick still has nightmares about this game.

May I go back for a moment to the “allegations” being levied by the NCAA against Louisville, Kansas, N.C. State, Oklahoma State, South Carolina, TCU, and USC, with more to come? First off, know that ALL of this stems from recruiting. Some of it involved payments or benefits to players, and some went to boosters or AAU coaches so they’d influence the players. But it’s all part of the same system: Multi-million dollar businesses run by millionaire CEOs coaches want to succeed in a high-pressure business, so they do everything they can to recruit the best workers players for the company team.

Now, in a normal world, they would do this “recruiting” with money—you lure the best players with money, because you’re making a shit ton of money and that’s the way things work in a capitalist economy. Instead, the NCAA has perpetuated one of the greatest corporate frauds in history by not paying its workers, and using the dual camouflage agents of “amateurism” and, uh, “free education” to justify what is nakedly a system of indentured servitude where the people most responsible for the great heaps of money that rain down on everyone else see exactly none of it.

They’ve made millions, and the universities under them have made millions, but when you set up a system where results garner more profits, and those results depend heavily on “recruiting,” what the hell do you expect? That a bunch of coaches will agree to just give the best spiel to the great high school players of the nation and hope it works out?

Hell no! With that much money at stake, they’re going to cheat. They’ve always cheated—John Wooden was a cheater!—and they always will cheat. It’s the nature of business to seek higher profits, and it’s insanely hypocritical that the NCAA can simultaneously run a system where cheating is both incentivized and inevitable, and then have the gall to punish the cheaters. (Not to mention the fact that they only catch a fraction of them, in a way that’s basically arbitrary. It’s like teaching a group of rats to run through a maze to eat a food pellet, then electrocuting every third one.) They’ve bulldozed any notion of “moral high ground” by the very fact of their existence, but seem to have no sense of shame when they sit in judgment of the people who dance to their tune.

Oh, and to follow up on the joke from the first section: Why in hell would the FBI waste its time on this? Do something that matters!

God, I hate the NCAA. They’re the self-righteous grandstanding pigs of the sports world, and I will dance a gleeful two-step when they finally go under.

Lastly: Any coach or booster who pays high school prospects or college athletes is good, especially in the one-and-done era when they’re basically not allowed to play in the NBA no matter how talented and ready they are. We have a weird moralistic system in place where getting caught paying basketball stars is supposed to be bad, and a lot of people have bought into it. It’s not bad, and any coach like Pitino who throws some cash or benefits their way is doing the right thing (even if it’s for mostly selfish reasons). If I were a billionaire, I’d have given Zion Williamson a yacht.

Podcast coming out later today! And tonight on the ACC Network, there’s a two-hour show at 8 p.m. called “Upon Further Review: Duke vs. Maryland 2001 Basketball.” I have no idea what this is, but I wouldn’t miss it for the world. If they’re referring to the 2000-01 season, that was the year before I made it to Duke, and it was a legendary year for the now defunct rivalry. It included J-Will’s Miracle Minute, a revenge win for the Terps at Cameron, and meetings in both the ACC Tournament and the Final Four. Oh I will be watching that, my friends…like the frog upon my desk, I will be watching.

As usual, please feel free to forward these posts on to anyone you think might enjoy it. If they read for a couple days and don’t become subscribers, cut them off without mercy. If you’re getting these posts from a friend and want to get locked content, including two podcasts each week, you can subscribe here.

3 thoughts on “RIP Don Shula, and May the NCAA Be Next”