If I Could Dislike Mike 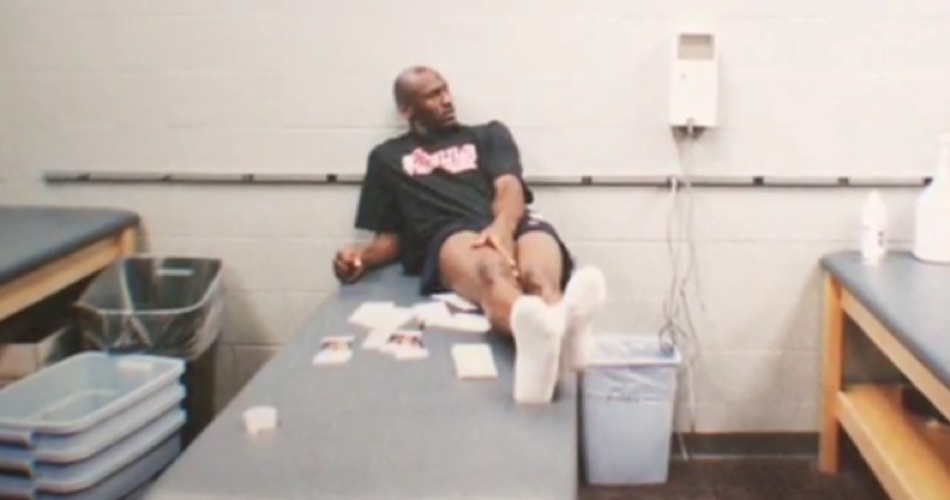 Do you ever find yourself getting annoyed at something completely harmless, and then feeling like an idiot for feeling anything at all about something so unimportant? For some reason, “May the Fourth be with you” hits that note for me. I probably laughed the first time I saw it, but now it’s one of those echoed jokes that’s like nails on a chalkboard for me—more like a wink, a shared reference, than something actually funny. Which is entirely unfair, because I’m prone to repeating bad jokes to the point that it becomes actually irritating (my wife takes the brunt of this). I have no ground to stand on here. And yet, I will see that phrase today, probably on Facebook, and grind my teeth into dust.

Note to self: Find something meaningful to care about, soon.

The NFL will likely call off its international games in London this year, due to the coronavirus. In retaliation, U.K. Prime Minister Boris Johnson has vowed to cancel shipments of Britain’s top export to America, “Vicar Helmsbrough’s Absolute Lamb Jellies.”

Andy Murray won a videogame tennis tournament against his fellow pros, triumphing in part because Diego Schwartzman had to default in the semifinals due to “connection issues.” In this case, “connection issues” meant bad internet service, and not that he was fundamentally unloveable like Dominic Thiem.

The Washington Nationals will reportedly wait to hang their World Series banner and receive their rings until there are fans on hand to celebrate. This news was communicated to reporters by an unknown but deeply loyal Houston Astros spy who still works inside the Nationals organization. In unrelated news, and for the thirteenth straight day, Nationals manager Dave Martinez has encouraged his team’s best players to get together for an event he calls “Handshakes and Kisses” with the people of D.C.

The PGA Tour will be watching very closely when the first NASCAR race is held on May 17, the Golf Channel reports. When asked to clarify exactly what they hoped to learn, the Tour released this admittedly excellent illustration:

It’s funny in some ways that the biggest sports story of the last two months has been a documentary, but here we are—other than the NFL draft, The Last Dance has been the only thing close to a collective TV viewing experience of the Quarantine Era. It’s even inspired some good debate, most of it about Jordan but some about the making of the documentary itself. It’s a fun watch, and broader concerns about Jordan’s involvement might be limited to media types—I can’t imagine most people sitting around on Sunday night are fretting about the ethical implications of director Jason Hehir forfeiting final cut to Jordan’s people—but the greatest criticism yet came from one of the greatest documentarians ever, Ken Burns, in an interview with the Wall Street Journal. He said:

In episodes three and four last week, this wasn’t quite as noticeable, and it’s probably no coincidence that they were the best of the bunch so far. Those installments were pure, uncomplicated sports—Jordan overcoming the truly despicable late ’80s Pistons, which is the most compelling on-court story of his whole career. It was the only time his Bulls teams had a foe worthy of the name. To paraphrase Bob Costas, the rest of their opponents, from the Knicks to the Pacers to the Jazz to the Suns to the Trailblazers, were basically foils, there to highlight Jordan’s brilliance and the Bulls’ greatness. The Pistons were an actual enemy, and one they couldn’t overcome for two grueling years.

Sunday night, though, in the fifth and sixth episodes, the problem Burns highlighted were more glaring. Here, we saw Jordan approaching the end of his first three-peat, and the public emergence of his gambling problems. We’ll never really know how bad it got, or whether it was truly just a “competition problem” that cost Jordan very little financially compared to the hundreds of millions he netted as a player and spokesman. The reason we won’t know is because the only content we saw on screen was a few old interview clips and Jordan himself—or Jordan-approved personalities like David Stern—parroting the party line. “It’s just a competition problem.” I’m not even saying they’re wrong…just that there have to be people in this world who could offer a different perspective, who witnessed it firsthand. A documentary that Jordan controls is not interested in hearing from these people.

The same is true of his famous lack of politics. Jordan once said, of his refusal to endorse a black North Carolina Senate candidate, that “Republicans buy sneakers too,” and while he chalked that up to an offhand comment made on a bus, it’s still worth exploring why he never seemed to take a social interest in almost anything. The closest the documentary comes to criticism is Obama doing a “well, uhhhh, LOOK, I understand both sides” hedge, followed by an old clip of someone comparing Jordan unfavorably to Muhammad Ali, who went to jail for his beliefs. Even that seemed more like an indictment of the critic, who said something like, “people will remember Muhammad Ali…I don’t know if they’ll remember Michael Jordan.”

Well, of course we remember Michael Jordan. But that’s not any kind of answer. My personal take, right or wrong and based on very limited evidence, is that Jordan was incredibly singleminded, and all he really cared about was competition. On the court, off the court, he always wanted to be winning or trying to win, and there wasn’t room in that monomaniacal brain for political awareness. (Look what he does now—he smokes, he drinks, he plays golf obsessively, and on rare occasions he takes an interest in the bad NBA team he owns.) Jordan almost admits that he never really gave a shit, but though it’s implied, there’s never a true effort by the director to reckon with this disinterest in life beyond winning. Did Jordan ever really care about anything? Was his apolitical stance an abdication of some duty? Or was it totally understandable considering the spotlight he lived under?

Also, maybe this is coming in future episodes, but it seems there was a strict “no family” rule. We haven’t heard a thing about his wife and kids, or about Jordan’s infamous affairs. I bet we won’t, and that kind of gloves-off approach is indicative of what ESPN is doing here. As Will Leitch put it in a podcast that will go up Thursday (and wrote astutely at the Washington Post), this is a hagiography.

There was one other thing that bothered me, or I guess two other things: Toni Kukoc and Dan Majerle. In the 1992 Olympics and the ’93 Finals, respectively, Jordan was intent on humiliating both of these players, but it wasn’t because of anything they had done—it was because Bulls GM Jerry Krause, who Jordan despised, liked them. It didn’t matter to Jordan what they were actually like as people, or that in Kukoc’s case, he came from a war-torn country and had lived through difficult times that most Americans would have trouble imagining. He and Majerle were just innocent casualties of Jordan’s all-consuming bitterness, and it’s presented in the documentary as a curiosity, at best, and admirably vicious at worst. Not once did anyone even ask Jordan if he had any regrets. This isn’t the biggest deal—it’s all in the context of basketball, and Jordan had every right to play hard against these guys—but it’s another example of an incident relayed entirely from Jordan’s perspective, framed by his thoughts, his feelings, and his legend.

Then, if you look at ESPN today, the top stories are all about the Jordan doc, from his politics to the reactions of other NBA stars to an interview with Hehir about Kobe. You can see the tentacles of the best here—it’s a product, and a massive one, and massive products, like Jordan himself, have to stay inside certain lines.

Tonight, FS1 is replaying the 1999 women’s World Cup final between the U.S. and China, followed by the 2011 quarterfinal between the U.S. and Brazil. Which, as it happens, constitute two of the three greatest American soccer moments of my lifetime. I remember where I watched both. The first, by myself at my dad’s house on a weekend when I was undoubtedly being tormented by my then very young brother during the shootout. Brandy Chastain’s kick, followed by her hilariously controversial shirt removal—it’s funny to me that only 20 years ago an entire nation was scandalized by a sports bra—is at the 11:45 mark here:

In 2011, for the Brazil match, I was at Bub O’Malley’s in Chapel Hill (RIP) with a group of friends, and the Rapinoe to Wambach goal was an even better moment…partly because Ian Darke was calling it, but partly because there’s no way to overstate how completely done that whole match was:

And speaking of Darke, the other transcendent U.S. soccer moment came, of course, in the U.S. vs. Algeria match in the 2010 World Cup (I was at a midtown NYC bar for this one, taking a lunchtime break, and got absolutely drenched in beer):

Now, all that said? I won’t watch these matches tonight. I’ve always wanted to be someone who liked soccer, but I’m American enough that I can’t separate the match from the atmosphere. For me, I can only consume soccer in one of two ways: At a loud bar, full of drunk people, or alone on a Saturday morning as background TV. In terms of re-watching a match, even a very good one? No thanks—I’d rather see a replay of a Hornets—Cavs regular season game, and I very much do not want to see that. I’m just not Euro enough.

Next podcast is out tomorrow, and the second one this week will feature Deadspin founder Will Leitch. Also, I’m going to start attaching the text below to these posts—we’re already at 90 subscribers after one week, which is awesome and more than I could have expected. I would, of course, love to see this grow, so please feel free to send anything along as you see fit.

As usual, please feel free to forward these posts on to anyone you think might enjoy it. If they read for a couple days and don’t become subscribers, cut them off without mercy. If you’re getting these posts from a friend and want to get locked content, including two podcasts each week, you can subscribe here.

One thought on “If I Could Dislike Mike”