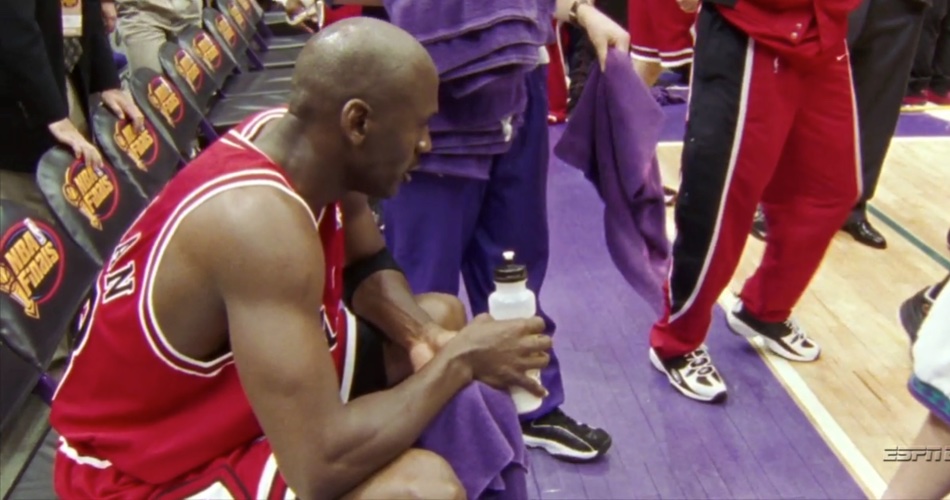 Today’s rainy-day challenge, for anyone who feels like it: Come up with a more disturbing English idiom than the following:

“There’s more than one way to skin a cat.”

I used to say this without thinking about it, and then one day it hit me: What the f***?

I can’t tell if it’s hilarious or deeply unsettling that somebody wanted to come up with a clever way to say “you can accomplish the same goal by different methods,” and while searching for the perfect metaphor, he settled on…skinning a cat. Did people used to skin cats? Was it a common practice whenever this phrase came about? And, not that I like thinking about this, but was there really more than one way to do it?

I did a little cursory research, but nobody seems to know where it came from. The only thing I turned up, in fact, was more vicious animal sayings, such as—and I want to emphasize that I’m not joking here—”there are more ways to kill a dog than hanging.”

WHY WOULD YOU HANG A DOG? WHY WOULD THIS BECOME A PHRASE?

Jordan, for the Last Time

The Last Dance came to an end Sunday night, and although it feels like I’ve thought about, talked about, and wrote about the 10-part documentary to death, the fact is that Jordan is such a fascinating figure that I’ll probably never get bored considering his career and legacy. I did a podcast segment on it with Brandon Gardner that will go up this afternoon, but in order to get it out of my system, here are five final thoughts:

1. The final line of text, in the final moment of episode ten, was superb: “And the Bulls began to rebuild.” It’s an indictment of Jerry Krause and Jerry Reinsdorf not just for letting one of the best teams ever slip away, and not just for filling their final season with bitterness and mutual suspicion, but for succumbing to the notion that it’s easy or even possible to capture lightning in a bottle twice. Early on in the documentary, Jordan laughs at the concept of “rebuilding,” noting wryly that the Cubs had been rebuilding for decades to no avail, and sure enough, the same has happened to the Bulls. Since 1998, they’ve never won another championship, and came “close” just once, when they made the conference finals in 2011 and were destroyed by Lebron’s Heat. They had some bad luck along the way, no doubt, but bad luck is part of the universe, and another part of the reason why when you have something special, you don’t just give it away. The more I think about it, the sadder it is that we didn’t get to see Jordan play out the last three to five years of his late prime. It’s why I loved that last line so much. Screw Krause, Screw Reinsdorf. “And the Bulls began to rebuild” is Jordanesque in its bitter vengefulness, but in this case it’s entirely justified.

2. Of all the ways various players reacted to Jordan, I had two favorites. The first was Reggie Miller, who seemed to be one of the few NBA stars who legitimately was not afraid or cowed by Jordan, and though the documentary reallllly glossed over this fact, he outplayed Jordan in that ’98 conference finals series, or at least drew even. And he had the most iconic moment:

Game 7 was a good example of Miller’s supremacy, when he went 7-13 and 4-7 from three compared to Jordan’s 9-25. (For all he shit on Kukoc, Jordan needed his stellar 7-11 performance that day…another performance you don’t see on the documentary.) Everyone else Jordan faced in his career seemed to fade under his bright light, but Miller’s the one guy who stood up to him and held his own. It very nearly ended the last dance prematurely and changed the way we considered Jordan’s legacy, and it gave me newfound respect for Miller.

3. My other favorite from the doc was Scott Burrell. Jordan’s career is rife with people he abused verbally, mentally, and sometimes physically, and many of them were on his own team. In order for a teammate to stop it, and to earn his respect, it often took some drastic action. We saw that play out with Steve Kerr, who had to literally fight Jordan and take a punch to the eye in order to balance their relationship. Others grew bitter, others became timid or totally submissive. Scott Burrell was the one exception: somehow, he never stopped smiling, never stopped joking with Jordan, never stopped seeming to believe in his heart of hearts that Jordan liked him…and that remained true decades later, being interviewed for the documentary and watching the footage again. He’s not faking it, either; you can tell when someone is putting on a good face and trying to pretend he’s not bothered. Burrell legitimately never let it faze him, which is wild. He wasn’t a very good player, and his niceness had a paradoxical effect on Jordan, who seemed to get meaner and meaner in response. All of which should have led Burrell to finally crack…but he didn’t! Even in the very last series against the Jazz, when Jordan asks him to not be “dog food, for one time” and tells him that if he ever sees him after his career is over, he’s going to “whip his ass,” Burrell just laughs like they’re in on the joke together. It’s actually heroic—Burrell, in his own strange way, might be as singular a personality as Jordan himself, and is the only one who found the antidote to MJ’s high-level bullying.

4. This was a very well-made and massively entertaining documentary, but that doesn’t mean the criticism about Jordan’s involvement aren’t valid. In a lot of ways, this was a hagiography, though it can be so subtle at times—and there are enough critical voices—that you might miss it. Part of it is the narrative framework, in that every time there’s a critique of Jordan (such as him being apolitical, or a jerk to his teammates, or his gambling), it’s excused or justified in the final scene before the story moves on. Part of it is the way they gloss over his worst performances, as in Game 7 against the Pacers. Part of it is the stuff they don’t cover, like the fact that he cheated on his wife. Part of it is halting overage at the end of 1998, and not covering his ownership of the Hornets or his strangely bitter Hall of Fame speech. And part of it is even more blatant, as when multiple talking heads assert that if he kept playing baseball, he would have made the major leagues. That, let me assure you, is utter nonsense. This is a guy who batted .202 in AA ball, which is a feat in and of itself and something to admire, but also a clear indication that he didn’t belong. He couldn’t hit a curve ball, his body was all wrong for the sport, he had no power (his slugging % was .266), and he wasn’t very good in the field either. To say he “would” have made the majors is egregious—willpower alone doesn’t propel you to that level. It also shows that on some levels, this was a work of propaganda, and was riveting as it was, I’d love to see what it might have looked like Ken Burns (someone who was very critical, for the record) had directed.

5. “We’ll never see another Michael Jordan” has been a cliche for a long time, but it’s gathered steam with the airing of the documentary. I’ve written at least one version myself, and here at the end I want to refine it one last time. It doesn’t matter if we judge someone like LeBron James or Giannis or whoever as an overall better basketball player than Jordan. It might be right, it might be wrong, and in the end it’s an empty (if fun) debate. What matters most is that we’ll never have a character like Michael Jordan again, in any sport. His literal, real-life career was almost like a fantasy tale for men—as we’re forced to suffer various indignities and failures, we want to believe that all of them will be answered in triumph. We’ll get revenge, we’ll win every battle, everyone who stood in our way will be humiliated, and every obstacle is just a bump on the road to success. Life doesn’t actually work that way, but if you squint hard enough, and accept ESPN’s presentation, it did for Michael Jordan. It took a heady combination of talent and focus and sociopathic competitiveness (a switch he clearly can’t turn off), and that’s no small price to pay, but from the outside it looks brilliant. Jordan is a myth, and it’s impossible to imagine another mere human rising to that level ever again.

BONUS: One piece of Jordan scripture I can’t deny: Count me as a believer that Bryon Russell was completely owned on that last shot whether Jordan touched him or not.

A lot of quarantine sports content is truly abysmal (I write, as I studiously avoid mirrors), but here’s something really thoughtful and well-told: Michael Phelps on mental health during the pandemic.

I’ve done so many interviews after Rio where the story was the same: Michael Phelps opened up about depression, went into a treatment program, won gold in his last Olympics and now is all better. I wish that were the truth. I wish it were that easy. But honestly — and I mean this in the nicest way possible — that’s just ignorant. Somebody who doesn’t understand what people with anxiety or depression or post-traumatic stress disorder deal with has no idea.

It’s a good read because Phelps doesn’t go the pat route of offering easy answers, but I think there’s good solidarity in someone like that just being painfully honest about his struggles, and the effort it takes him to survive.

Today’s podcast features more Last Dance talk, a soccer convo, trivia, and Spike’s latest dispatch from his yacht. The TV lineup tonight is pretty weak, aside from tennis. The Greatest Match Ever Played is on at NBCSN at 8 p.m., but at the risk of sounding like a hipster, the more exciting fare is Andre Agassi vs. James Blake from the 2005 U.S. Open this afternoon at 5:30 on Tennis Channel. It features a classic five-set night match at Flushing Meadows, ending at 1:15 a.m., in which Agassi comes back from a two-set deficit to force a fifth set breaker. Even if it wasn’t a terrific battle, it’s cool to go back and see Agassi play. He’s someone who exists physically only in vague terms, at least for me, and the memory of his actual play has been buried beneath decades of the Big Three. It’s easier to remember a guy like Sampras, with a simpler game, and to know Agassi as a personality (who happened to write the best sports autobiography ever). Watching him on the court again is a great way to make that personality tangible.

One thought on “Last Thoughts on ‘Last Dance’”