Germany, Golf, and other G-Words 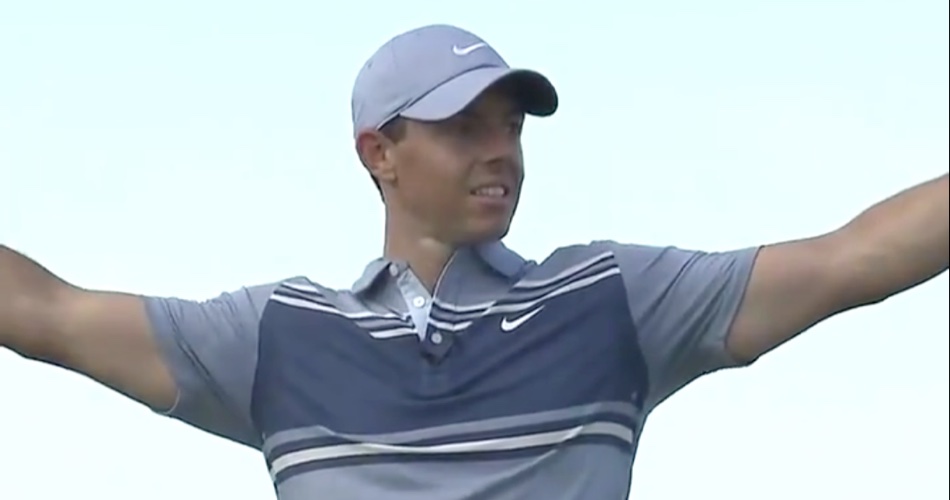 I’m going to try to be sincere for a moment without absolutely disgusting everyone: This weekend, little Apocalypse Sports reached 100 patrons. I know that’s a modest number, but it still made me very happy. It’s felt at least a little weird from the start to ask people for money, especially in CoronaTimes, and the fact that 100 of you jumped on board within three weeks is gratifying and will make me work even harder to make sure it’s worth it. Even if I fall down an open manhole and die tomorrow, I’ll feel good about that. And there’s a good chance that happens—I’ve had a number of close calls lately, and at this point it’s only a matter of time. Why are there so many open manholes??

Anyway, let me also extend an invite: If there’s ever anything you want to see on Apocalypse Sports, or you have a criticism, or anything else, always feel free to email me at shane.spr8 at gmail.

The South Korean soccer club FC Seoul has apologized for placing 20 sex dolls in the empty stands of its arena, claiming that they didn’t realize the supplier would give them adult-themed mannequins. “Don’t blame me,” said the supplier. “It says it right in the company name: Rick Pitino’s Sex Dolls.”

Buffalo Bills defensive lineman Ed Oliver was arrested for DWI after a cop pulled him over and found an open beer can between his legs. Oliver told police he thought about throwing the beer into the back seat, but Bills receiver Dawson Knox was sitting there, and would almost definitely have dropped it.

Among the new safety measures in Major League Baseball’s return-to-play proposal is a ban on spitting. Which is great news for “Ole Stewie’s Tobacky Chewies: The Chaw You Can Swallow. (Now in Kid-Size Packs!)”

Raidel ‘Joke’ Brito won the 2020 Madden Bowl without throwing even one pass throughout the entire tournament. “To ‘air it out’ goes against everything gamers stand for,” said Brito, from his musty, mold-infested apartment.

In the first live professional golf action in over a month, Rory McIlroy and Dustin Johnson defeated Rickie Fowler and Matthew Wolff in a skins game that came down to the final shot. The 21-year-old Wolff appeared increasingly distraught after the round, until he finally approached McIlroy, handed him a peeling knife, and said, “Just do it. Get it over with. Take your favorite piece of skin. It’s going to be the butt, right? The soft butt skin? I get it. You want the soft butt skin. Make a glove, force me to look at my own butt skin every time we play? You don’t have to explain yourself. I would have done the same thing. That’s skins. That’s the name of the game. JUST DO IT, RORY.”

I wrote a whole thing for Golf Digest going up today about the strangeness of watching major sports without fans, and how it makes everything seem like a scrimmage, and I’ll link that when it goes up. Summary: It sucks, and crowd atmosphere is even more important than I thought when watching on TV.

That said, it was definitely better than nothing. My wife worked this weekend, and it will shock you to know that my two-year-old daughter did not appreciate the intricate beauty of the German game. (She’ll only watch Serie A.) Still, I managed to catch large chunks of Dortmund v. Schalke, MondGlodBachanallia v. Frankfurt, Koln v. Mainz, and Bayern Munich v. Union Berlin. In Friday’s Bundesliga Bonanza, I decided to become a Schalke supporter, but they got murdered by their rivals, so that’s over and done. I reserve the right to be completely fickle and bandwagon-y in my overseas fandom…there’s plenty of suffering to be had domestically, so when I travel abroad I demand instant gratification.

Then I promised my German pal Sebastian I would support Monchengladbach when they took down Frankfurt, but then I got really into Koln on Sunday morning, only to jinx them into a draw when I sent a text to Sebastian celebrating their 2-0 lead.

Through the whole weekend, my favorite play came in the Bayern-Union match, on a pure hustle sequence from Bayern’s Benjamin Pavard that started with this brilliant body-sacrificing play to earn a corner:

Then, in a moment of immediate reward that you rarely see in any sport, much less soccer, Pavard got the goal off the corner.

I’m a sucker for hustle—a lot of people my age like elegance and artistry, and I like those too, but deep in my heart of hearts I’m a HustleBoy, and I love when pure effort bears fruit. It’s why I like Nadal more than Federer; at some point, the grit-and-gumption propaganda brainwashed me forever. So a sequence like Pavard’s above is pure joy to me: hard work in the little moment, that extra push of energy, that ends with the universe paying you back.

That’s right, folks: I’m a Bayern Munich supporter now. Because of, um, their hustle. Absolutely nothing to do with the fact that they’ve won the last 19 or so Bundesliga titles, and are always in Champions League, and have the best players. It’s about their scrappiness.

(The loathsome frontrunner has struck again.)

The skins game mentioned above happened yesterday, and my overall take is very simple: Blehhhh. It doesn’t get much deeper than that. One of the great things about televised tournament golf is the constant action. If you count tees, fairways, and greens, there are at least 54 separate “venues” at a tournament, which is a big reason why it’s such a hectic sport to produce and so pleasant to watch—every second, there’s a new shot. That changes dramatically when there are only a handful of players. Slow action can be tolerable in a high-stakes event like the Ryder Cup, or in a really good match play duel like Day-Dubuisson from 2014. Barring something that special, this just always feels dull to me—the golf, the banter, everything. It couldn’t keep my attention. I was folding clothes while I watched, and eventually the pants seemed more fascinating.

Anyway, if you want to see the winning shot, here’s Rory:

A text from Sebastian on Saturday:

“To the new fan, Frankfurt coached by an Austrian named “Adolf Hutter” playing red white and black with a German Eagle on their chest must look like a bad joke…”

Hutter was born in 1970, well after the Hitler era, so to me this one’s completely on his parents. If you have the last name “Hutter,” you cannot name your kid Adolf, right? I found some background info in a story about people with similar names to the uber-Nazi, and it made me feel very bad for Hutter:

Some are even public figures like the new head coach of Bundesliga football club Eintracht Frankfurt, Adolf “Adi” Hütter. Earlier in August, Hütter told broadcaster FFH how he feels about his name.

“You can probably imagine that I’m not 100 percent happy with my name,” said the 48-year-old Austrian. “You don’t notice it as a kid, but at some point you begin to get associated with the past.”

Hütter said that his grandmother had convinced his parents to name him Adolf in honour of his uncle, who suffered a fatal accident at the age of just 27.

“I suppose I could wish for another name, but my mother called me Adi from day one, and pretty much everybody knows me as Adi.”

God, that sucks. “You can probably imagine that I’m not 100 percent happy with my name” is a really sneaky-tragic thing to have to say about yourself as a man approaching 50. I always want to look for silver linings in situations like these, and at least Hutter can take comfort in the love of his wife, Eva Brown.

If I Had to See This Tweet, So Do You

Get ready for a nightmare:

It’s one of the most aesthetically displeasing things I’ve ever seen, and I used to watch the New York Knicks play basketball in the ’90s. There are a lot of reasons to hate Dabo, one of which is that his team doubles as an evangelical re-education camp, but this is clearly top of the list.

Finally, Nick Kyrgios is an Idiot

As a palate cleanser, watch a clearly drunk Kyrgios interview Andy Murray (why this is happening, I have no clue), try to get him to rag on Rafa, insult him about this grand slam record, and insist over and over that Murray is better than Novak Djokovic:

I love this video, mostly for how Murray becomes more and more uncomfortable until he’s like “just ask me your next question.” I also laughed my ass off when he accused Kyrgios of giving up in their old match, and Kyrgios gets immediately defensive. And I can’t help but laugh at Kyrgios in general, who has absolutely zero social tact. You can see in this one short video exactly why he is the way he is.

One thought on “Germany, Golf, and other G-Words”