Yankee Memories Are All We Have 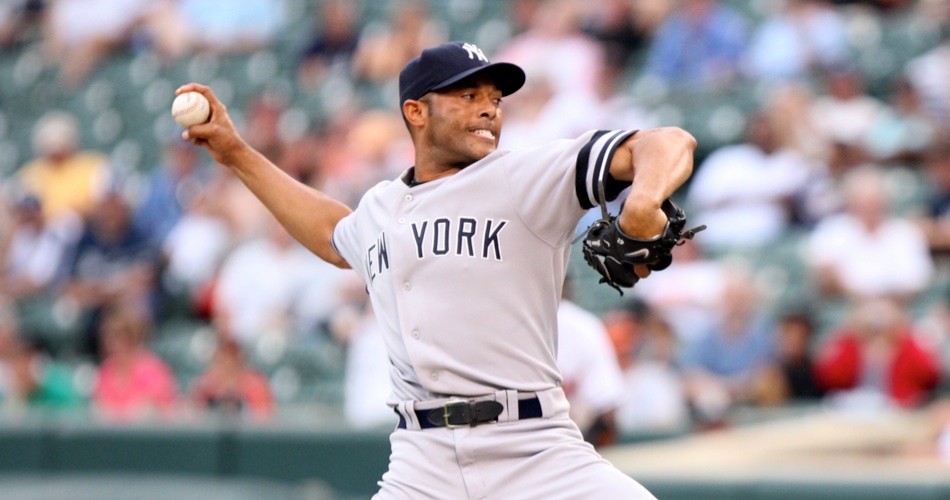 Hearing about other people’s dreams is almost always tedious, I get that, but I have to lead with dream content for the second straight day because last night, my brain gave me a break from dystopian nightmares so that I could dream about…missing class. And I’m furious.

Other than “falling,” it’s probably the most stereotypical recurring dream around, and it bugs me that I’m still having it almost 20 years after I last attended a high school class. Usually it’s some Spanish class I haven’t attended, but last night it was French (I never took French) and psychology (we didn’t even have psychology in high school). The whole anxious weight of the dream is the nagging sense that when final exams come around, I’m screwed, because I haven’t bothered attending class for months, and it’s all going to come crashing down.

Now, this dream is manageable. It’s not nearly as bad as getting chased by future demons. But my God, I’m 37. The post-high school period of my life is now the majority of my life, and you’d think maybe I could drop some of the hang-ups from a time I can barely remember in my waking life. Nope! Once a month or so, like clockwork, it’s back to the halls of high school and the sure sense that I’m destroying my future. I can’t wait to be 95 years old and having coronavirus nightmares.

In massive F1 racing news, Team Ferrari has confirmed that Sebastian Vettel, regarded as one of the greatest racers in the sport, will leave after the 2021 season. Vettel told reporters that his career is “far from over,” and that he’d be “pushing the boundaries of what you think you know about motor sports.” Early Tuesday morning, footage leaked from his next gig:

MLB owners have officially green-lighted a plan that would see the 2020 season begin in July, and would institute a revenue split that functions as a de facto salary cap in the only American team sport without one. No word yet on whether the players’ union will selfishly insist on the owners not taking advantage of a pandemic to screw them out of money, but America surely hopes they won’t insult the troops that way. (In unrelated news, Apocalypse Sports is now sponsored by Cincinnati Reds owner Bob Castellini. Bob Castellini: A heck of a fella.)

Conor McGregor unleashed a Twitter tirade against lightweight champion Justin Gaethje, taking offense that Gaethje had called him a “shit father” last year. McGregor threatened Gaethje that he would “f***ing butcher you. Your teeth. I’m going to put them on a f***ing necklace.” Several members of McGregor’s family gathered around him in support, holding up a banner that read, “Conor keeps his promises,” and flashing hideous, toothless smiles.

WWE start Becky Lynch, known as “The Man,” announced that she is pregnant and will be stepping away from the ring. With the announcement, she relinquished the RAW women’s title she has held for a record 398 days. Shortly after the announcement, Vince McMahon promised that the entire birth would be livestreamed in HD to assure fans it’s not simply kayfabe.

A programming note: Tonight on ESPN, we get a replay of the 2001 World Series, Diamondbacks vs. Yankees. It’s not Game 7, which I refuse to believe happened, but Game 4, when Tino Martinez hit a two-run homer in the bottom of the ninth of D-Backs closer Byun-hun Kim to tie the game, and an inning later, after the clock struck midnight and the calendar flipped to Nov. 1, Jeter worked a full count and then…go to the 4-minute mark for the good stuff, and look at those steely eyes:

I like to think all the Yankee haters are sick to their stomachs now.

(Side note: I like Michael Kay, but it’s a tragedy it was his turn to do play-by-play and that John Sterling didn’t call that one.)

Kim was the first Korean-born player to play in a World Series, and things got wayyyy worse for him. Not only did they make him pitch three innings that night, but they brought him out for the save yet again with a two-run lead the very next night, and again, he got himself one out away from victory. Take it away, Gary Thorne:

Thorne is a master, and it’s funny to hear him say “goodbye home run!” with such enthusiasm, because as the Orioles announcer, here’s how he calls Yankee home runs now:

Anyway, things seemed great for the Yankees, but then Randy Johnson owned us in Game Six, and in Game Seven, with a 3-2 lead heading into the bottom of the ninth, the great wheel of karma came back around when the unthinkable happened and Mariano Rivera blew it:

I was a freshman in college when this happened, and when Gonzalez got his game-winning hit, there was an eruption in my dorm—people screaming in the hallways, loud yelling, raucous celebration. Diamondbacks fans, you ask? Nope! Red Sox. I think I had been sheltered up to that point, and only then did I realize the true texture of the rivalry—how in many ways, they’d been reduced to rooting against the Yankees over and over. Which is funny, because it was all about to change in three years, and I probably bore witness to the very end of that particular decades-long dynamic.

One kinda cool thing: The MLB Network is replaying Game Five of the 1956 World Series, when Don Larsen threw his perfect game. The game was announced by a 28-year-old Vin Scully, and it’d be cool to see the whole thing. Although it’s also interesting that Scully made a mistake on the call of the final out, to some degree, first saying that it was the second perfect game thrown in a World Series, then wrongly saying there had only been one perfect ever thrown in baseball before that (there had been a few):

Probably down to bad Internet at the time. Poor guy, he’ll never make it big.

Also, thank God Yogi Berra went out and jumped on Larsen so we have an iconic celebratory moment to look back on, because Larsen’s tiny fist pump and slow walk to the dugout wasn’t getting it done. Did he even realize what he’d done?

It reminds me of one of the worst “sense of the moment” acts in recent sports, when Brooks Koepka won the 2018 PGA Championship and Nick Faldo actually yelled at him on TV because he didn’t wait to tap in his putt and have the stage to himself. 2:45 mark here:

Are you sick of Yankees? WELL I’M SICK OF NOT HAVING SPORTS.

That said, it seems insane to me that MLB is coming back in July, that golf is coming back in June, that NASCAR is already back, that the Bundesliga is coming back this weekend, etc. etc. etc. How is it possibly sustainable? What happens when somebody prominent tests positive, which seems inevitable? Is it all over at that point? Or do they just remove that person from action for a while? What if the NBA restarts, and the Bucks lose someone like Giannis for a playoff series?

It’s also a terrible example for the rest of the world and particularly our country, where the fragility of our economy is heaping incredible pressure on everyone to go back to “normal,” including leaders who don’t seem overly concerned with the health or safety of workers. Sports could be an example here, but they’re under the same financial strain as everyone else, and the incentives are heavily skewed to playing. But starting and having to stop again is worse than not starting at all, even when you get past the potential danger to real-live human beings.

And yet, it’s clear that no matter how stupid and dangerous it is, nobody in power has either A, a better idea, or B, the will or the power to stop it. So we’ll charge ahead, it might turn out terribly, and if it does, the whole country will be sidelined until a vaccine comes out, and if you think the economy tanked before, watch what happens when the last vestiges of hope have been erased!

And on that pleasant note, I wish you all a pleasant morning, and stay tuned for the next podcast coming out later today.

2 thoughts on “Yankee Memories Are All We Have”