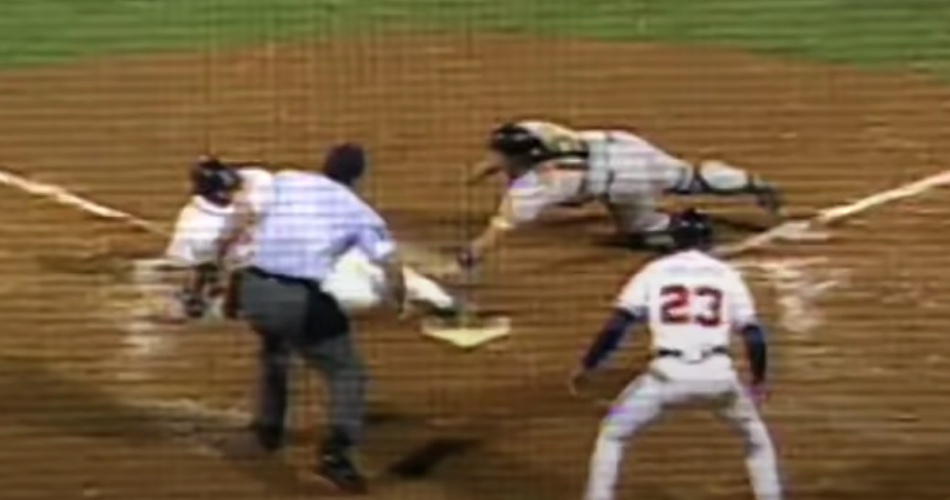 Here’s what I did this weekend: Played online poker, spoke on the phone with friends, played a game called Codenames on Zoom with friends, finished a mystery book, ate Indian food, did lots of work, took a walk in the park, and spent a bunch of time watching my daughter. All of which I mention to contrast the seeming normalcy of my life with the madness happening around the country. I don’t have any huge point here…it’s just that I’ve always, in the back of my mind, expected that disaster is going to hit, that something cataclysmic will happen. And yet, now that it has, in the form of the pandemic and the riots sweeping our cities, what’s very strange to me is how normal the rest of life remains. I’m not complaining, believe me—I don’t want thunderdome. (I’d die in some embarrassing way, like accidentally drinking oil within an hour of the apocalypse hitting.) But there’s something bizarre about witnessing what feels like the disintegration of our country, and then thinking “oh, tomorrow’s garbage day.”

In a defiant move, the MLB players’ union has responded to an owner proposal suggesting further pay cuts with a counterproposal calling for a 114-game season which would increase their salaries. Owners are expected to respond with their own plan for playing a full 162-game season, but paying the players in “hats…lots and lots of hats.” The players are prepared for this, and will respond with a 25-game season that ends with an angry howling mob dragging the owners from their homes and holding show trials in which they’re condemned before the people. To which the owners will retort with a plan that sees them finally finish constructing a nuclear bomb, and threatening to blow New York City to smithereens unless the players agree to a full 162-game season in which they pay the owners. It remains unclear whether negotiations will resolve in time for a proposed July start date.

Former Cavaliers guard J.R. Smith was caught on video beating up a man who damaged his truck during the L.A. protests on Sunday. “He was in the wrong place at the wrong time and clearly didn’t understand the situation he got himself into,” Smith said. When reached for comment, LeBron James would only grimace.

Michael Jordan joined the calls for “change” in America, saying that “our collective voices show strength and the inability to be divided by others.” Profound stuff, and maybe the critics will back off now that Jordan has gone from “no politics” to “still no politics, but faking it by having other people write meaningless pablum for you.”

Las Vegas Raiders owner Mark Davis released a statement saying he was “surprised that the resulting violence hasn’t been much worse,” but that “burning your brothers’ house down is ultimately not the answer.” Across the nation, protests halted in their tracks now that word had come on high from a billionaire failson who cuts his hair with a colander.

Something Else to Read

In all likelihood, you’ve probably had plenty of me writing about MLB, but if you want more, I wrote for The Loop this week about how contrary to what some think, the players have the owners right where they want them, and by holding firm and making sure everyone is on message, they can either get exactly what they want or force the owners to cancel the season and look like villains. I’ll post that link here as soon as it goes up.

For some reason, the Atlanta Braves have been popping into my head quite a bit lately. Mostly it’s just random accident—a trivia question here, a news story there. But I believe the universe is trying to tell me something, and so this morning I purposefully thought of the Braves. One of my earliest baseball memories is getting Dale Murphy’s autograph when the Braves played a game in Montreal (I grew up about 90 minutes south of the Expos’ Parque Olympique), and while I wouldn’t be able to place the exact year, it had to be 1989 or 1990, because my stepfather knew Bobby Wine, one of the Braves coaches, and those were the years he spent there.

Then, when I tried to remember my first memory of real baseball being played, the Braves came again. Like many kids, I was fair weather all the way, attracted like a moth to the best teams, and though I remember liking Darryl Strawberry as a child, my first real fandom came with the Braves kinda/sorta dynasty of the early ’90s (after Dale Murphy had left). There was something romantic about the sheer quality of their rotation, from Maddux to Glavine to Smoltz to Steve Avery (he was good, for a while!), and it certainly didn’t hurt that you could watch all of their games on national TV because of Ted Turner and TBS.

The best and most memorable Braves game from that era came in 1992, in Game 7 against the Pirates in the NLCS, and I have a very distinct memory of getting so upset when the Braves trailed late in the game that I gave up on them and went to bed. It’s also possible that I was sent to bed, either because of the hour or because I was whining too much, but what I know for sure is that I checked out before the bottom of the ninth.

Here’s what I missed…this video shows the entire half inning, but Francisco Cabrera’s legendary hit comes at the 17-minute mark. Keep in mind that Cabrera was a utility fielder, and probably the last man the Braves wanted at the plate in that situation:

When I was told what happened the next morning, I had the peculiar mix of happiness and disappointment—the team I rooted for had won against the odds, but I hadn’t been able to experience it.

I did some reading about that game this morning, and came across one amazing detail. When Cabrebra pulled line drive foul just before his game-winning hit, Pirates centerfielder Andy Van Slyke told Barry Bonds in left field to move in so he could cut off a single and keep Sid Bream at second base from scoring. Bonds’ response was to give him the finger and stay right where he was. That will come as no surprise to anyone who knows what a legendary prick Bonds was, from the start of his career to the end, and of course the ball went right where Van Slyke worried it would, Bonds’ throw was slightly off line, and the incredibly slow Bream beat the tag by inches. This line from the Wikipedia description is quietly devastating:

But this quote from Cabrera, from an SI article by Steve Rushin, is beautiful:

Who could have imagined this?

“I could,” Cabrera said afterward. “I imagine a lot. I dream a lot: Man, someday I be the hero who hits the home run to win the game. Then I be in all the papers. But I never get the chance.”

Within a couple years, when I had left the gauzy days of fickle young fandom and my rooting interests crystallized—New York teams across the board, Yankees/Knicks/Rangers/Giants—I would be rooting as hard as I could against that Braves team when they met the Yankees in the ’96 World Series. But in a weird way, it will be hard for anything to feel as meaningful and massive as those early days when sports had just entered my awareness and meant everything. I remember having dreams about upcoming games, and I remember crying when my teams lost. When was the last time I cried about a game? Maybe when I was nine or ten years old? Don’t get me wrong here—I’m not yearning to be an adult who cries about a game. But there are times when I wonder what it would be like to feel that level of intensity again.

Today at 2:30 p.m., we’ve got FC Koln vs. RB Leipzig in our precious, precious Bundesliga. If you missed the John Feinstein podcast last week, check it out here. And that’s all I’ve got for today!

As always, please feel free to forward these posts on to anyone you think might enjoy it. If they read for a couple days and don’t become subscribers, you can cut them off without mercy. If you’re getting these and want to get locked content, including two podcasts each week, you can subscribe here.

One thought on “Francisco’s Chance”