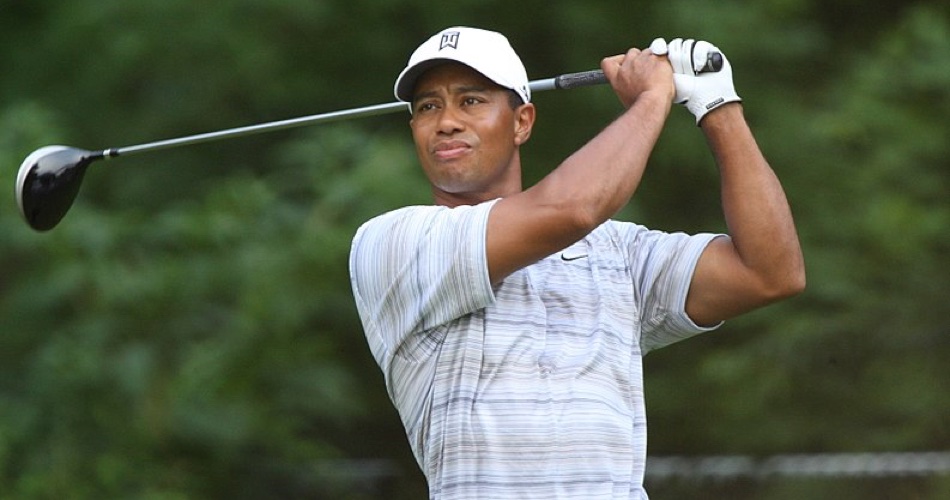 I’m far from a “stick to sports” guy, but I do think that if an athlete wants to make a comment about a political issue, it should be meaningful in some way. That’s true for anything, from the results of an election to the death of George Floyd and the ensuing protests. I don’t have to agree, but if you’re going to express an opinion, make sure it’s an actual opinion. Don’t just sound off because you think you’re expected to, but you don’t actually care enough to put any heart or soul into it.

Okay, let’s take a hypothetical that’s not actually a hypothetical. Let’s say you’re Tiger Woods, an African-American and one of the most famous people on the planet. Widespread protests are happening in your home country, there’s a racial component, and you or (more likely) the people paid to maintain your image are starting to feel that your silence is become conspicuous. There are a couple things you can do here. First, if you really, deep down, don’t care that much, you can say nothing. Second, you can say what you really feel. Third, you can release a statement just to say you released a statement, but without anything behind it.

If you pick that last option, it will inevitably have a few characteristics:

1. It will be as bland as possible, with every word filtered to ensure maximum meaninglessness.

2. It will strive to offend no one, and contain cliched and evasive language. It will be written not for the player, but for his sponsors.

3. It will be written and edited by other people—the experts paid to construct and maintain the Tiger Woods image.

4. It will ultimately be alienating, because anyone with a brain will read it and understand that not only are you not taking their side or engaging with the historical moment honestly, but that deep down, you don’t have a side.

Tiger Woods released a statement yesterday. Here’s what the process above looks like in its final stage, presented for public consumption:

The hollowness of the whole thing is evident immediately—it’s an empty collection of platitudes—but I still think it’s worth looking at it line by line.

“My heart goes out to George Floyd, his loved ones, and all of us who are hurting right now.”

For a moment, it might appear that Woods is going to actually say something here. Until….

“I have always had the utmost respect for our law enforcement. They train so diligently to understand how, when and where to use force.”

Annnnndddd, NOTHING. (Other than a claim about diligent training, and as to that, ummm….) It’s clear right away this will be a “see, one side has great points, but you know something, the other side has great points too!” Tell me if you can identify who Tiger is in this scene:

“This shocking tragedy has clearly crossed the line.”

Yeah, no shit. This is as close as Tiger comes to having an actual thought, and it boils down to “it was bad when the police officer murdered George Floyd in cold blood.” What you see here is another key component of the feckless PR statement: taking a strong stance on something absolutely everyone but the most corrupted zealots already agree on. Joining the consensus, days after it has become the consensus, is a hallmark of this genre.

“I remember the LA riots and learned that education is the best path forward.”

Every one of these statements, inevitably, has a line that is laugh-out-loud ridiculous, and this is it. Read that sentence to yourself, do it again, do it 100 more times, and tell me: What does it mean? “I remember the LA riots and learned that education is the best path forward.”

This is the part of the statement where Woods’ wordsmiths were thinking, “hey, this is starting to sound bland, how do we make it personal?” And the L.A. riots came to mind, but the minute they mentioned them, they had to get reallll bland again lest someone think an opinion was forthcoming. So they went for the most vacuous, spineless clause they could muster: “and learned that education is the best path forward.”

Remember when the NFL co-opted Colin Kaepernick’s movement, and Jerry Jones stood on the field with his players, and the key word for everyone involve was “unity”? But how “unity” was really a word that served to strip the protest of any meaning, to erase all the specifics and neuter the racial justice component? Tiger isn’t attempting that here on purpose, but saying “I remember the LA riots and learned that education is the best path forward” has the same effect. It’s a way to avoid, not address, a thorny issue.

“We can make our points without burning the very neighborhoods we live in.”

You notice which words are missing from this statement? Racism, for one. Murder. Anger. You won’t find a single word with any punch to it, because the idea here is to come through unscathed.

There’s a great scene in the HBO show Succession where Connor, a character with ambitions to run for president, has to give a speech at his uncle’s funeral. Moments before he’s set to go on, he and his girlfriend discover that Uncle Lester was a creep and potentially a pedophile, and suddenly it looks like it would be an enormous liability to say anything nice about him. So they furiously edit his speech to be as neutral as possible, and this is the result:

That’s Tiger’s statement in a nutshell.

“I hope that through constructive, honest conversations we can build a safer, unified society.”

I do too. I hope that fervently. I understand, because I’m not a child and can observe the world around me, that it absolutely will not happen, but I do hope it. Now, please praise me for hoping it.

From the perspective Tiger Woods’ agents and handlers, this was a “successful” statement in that it won’t offend anybody who matters, no sponsors will dump him, and it won’t lead to any stress in Tiger’s life from outraged fans on either side. The only pushback will be from people like me who don’t matter to them one iota, and from a few snarky and/or disappointed Twitter users who matter even less:

Me and the Twitter hordes count for very little, and now Tiger can go about his business and not have to say anything about it ever again. But I still say there was a good third option: Say nothing. The statement above, impotent as it may be, is still alienating. It shows anyone with a bit of discernment that Tiger doesn’t care enough to have their backs, that when it comes to a struggle like this, he’s content to let a few agents craft a response designed to reassure sponsors.

And he didn’t have to do it! He didn’t have to expose himself like that! There’s absolutely no rule that Tiger Woods must issue a take in this situation. I’m not even sure anybody wanted it. Was anybody really clamoring for him to sound off on George Floyd and the protests? Maybe if you scour social media, you could find a person or two saying, “hey, what does Tiger think?” But I certainly didn’t care, and I certainly didn’t expect anything. If Tiger had stayed silent, I would have assumed that either he wanted to keep his opinions to himself or that, like Michael Jordan, he’s just not that political a guy and didn’t have a strong take. (The great irony here is that Jordan actually outdid him on this one.) Silence would have been fine.

Instead, we get this pablum, and it’s depressing. It’s the portrait of someone totally removed from any sense of community, who has existed as a separate hyper-wealthy entity for so long that there’s no longer a connection to anything but money. The only thing this statement reveals is that the people he pays to keep him insulated are now more “Tiger Woods” than Tiger Woods himself. It’s meant to be safe, and cautious, but in the end it’s just gross.

As always, please feel free to forward these posts on to anyone you think might enjoy it. If they read for a couple days and don’t become subscribers, you can cut them off without mercy. If you’re getting these and want to get locked content, including two podcasts each week, you can subscribe here.