All the Bits You Could Ever Want, Plus Mud 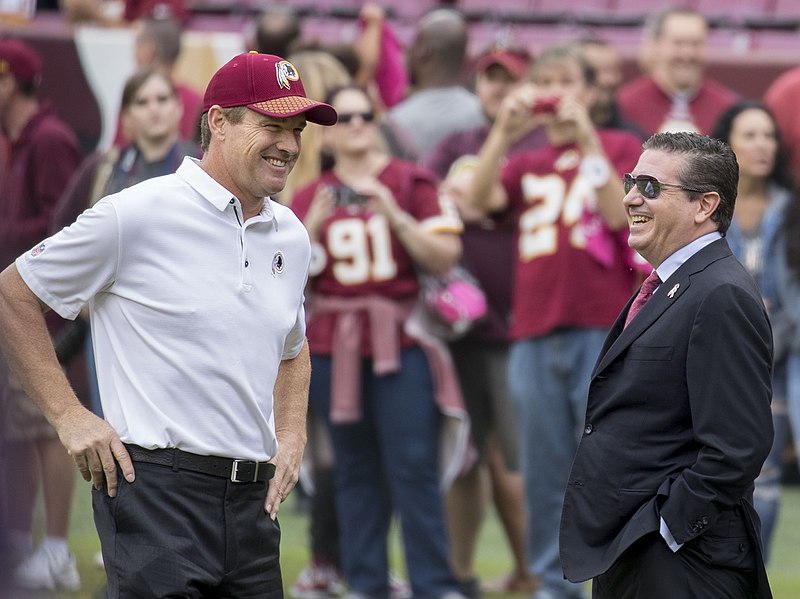 Good morning everybody, and happy Tuesday…the worst of the T-days, in my opinion. Give me Thursday over Tuesday every time, for a few reasons:

1. Garbage day is over. No need to worry about taking out the garbage.

2. Get up early enough on Thursdays, and you have the satisfaction of watching the garbage truck’s mechanical claw grab the garbage can, shake it twice vigorously, and then throw it back to the ground with a certain magisterial disdain. (If you fill the garbage can with osmium, the heaviest metal on earth, the claw will creak and groan and finally break, and you’ll have a lot of explaining to do. Well, at least my neighbor seemed to have a lot of explaining to do, when I filled his garbage can with osmium.)

3. Conversations with the garbage man. If you ignore his hints about getting back to work, he’ll sometimes talk to you for up to seven minutes. That’s mostly at the start of your relationship, though—diminishing returns hit quickly.

4. The sweet sadness of watching the garbage truck drive away for another week, coupled with the comforting knowledge that it will never be free from you…not really.

I thought today I’d wake up and write another essay about my activities during COVID-19, like yesterday, but it turns out I’ve been too egregiously lazy to have any more material, so instead we’re going to try out a few bits to see which ones are worth keeping around. Starting with…

The Lakers have been in touch with the Los Angeles mayor’s office about potentially holding team workouts before the city’s stay-at-home order expires on May 15. Somewhat disturbingly, they weren’t referring to their own team, but to the Clippers.

Patriots rookie Justin Rohrwasser will remove a controversial tattoo from his arm after reporters and fans discovered that the newly drafted kicker’s ink contained a reference to the “Three Percenters,” a right-wing militia group. “I thought it represented a new and revolutionary kind of milk that I’ve been dreaming of my entire life,” Rohrwasser said, and though that explanation was met with initial skepticism, it was somewhat bolstered by the text of three other tattoos on his body: “Whole milk is too thick,” “Fuck two percent milk, though,” and finally, “anyone who drinks skim milk should be murdered by one of those awesome right-wing militias.”

Though Isiah Thomas regrets having snubbed the Bulls after losing in the 1991 Finals—an incident that was rehashed in Sunday night’s episodes The Last Dance episodes—Bill Laimbeer remains defiant, and called the Bulls “whiners” in an interview with Rachel Nichols. When Nichols brought up the fact that he was considered a dirty player, Laimbeer began elbowing his own computer until his children explained that Nichols was not inside the screen.

News that the Land O’Lakes dairy company removed the Native American woman logo from its packaging has inspired a renewed round of calls for Washington Redskins owner Dan Snyder to change the team’s mascot, which is considered by some to be a harmful stereotype. Snyder has long maintained that he would never agree to these demands, but in a statement released Tuesday morning, Snyder said he was “inspired by Land O’Lakes” and would “immediately remove all women from the Redskins organization.”

For years, I had heard the story that before MLB games, umpires rubbed a number of baseballs in mud from the Delaware River for some reason. I think my stepfather told me, but he also still frequently refers to the “Baltimore Colts,” so I wrote it off. I thought of it again last night, decided to do some actual research, and…it’s true. Umpires or team officials rub 60 balls with mud from the Jersey side of the Delaware River in order to improve the grip for pitchers.

There’s even a guy who harvests the mud from a “secret fishing hole,” stores it for the winter, and sells it to MLB. It’s been happening since the ’20s, when a Philadelphia A’s manager named Lena Blackburne discovered that mud was the best rubbing ingredient, and was soon getting telegrams from other teams requesting mud of their own. (Back then, there was apparently no mud anywhere but on one river. Nationwide mud is a recent phenomenon.) The sad part of this story is that the mud guy only makes $20,000 each year and has to hold a different job. I think he should go on strike.

Prior to the 1991 invention of the McGrath Densitometer, a device which measures the hardness of baseballs, there was no technologically effective way to know whether each baseball conformed to MLB standards. Lacking a better alternative, for almost 100 years a team official—usually a failed minor league pitcher—would be required to throw a 75mph fastball straight into the flank of a cow. If the cow emitted a short moan, that meant the ball had the correct density. If the cow made no noise, the ball was too soft, and if the cow’s moan lasted longer than ten seconds, the ball was rejected as too hard.

In these days of COVID, with no sports, it’s sometimes necessary to go into the archives to get our fix. That’s part of the reason why The Last Dance is such a welcome addition to our Sunday nights. (Speaking of which, here’s something I wrote about Michael Jordan, and why it’s absurd to think we’ll ever see anyone like him, ever again.) With that in mind, today’s stroll down memory lane brings me to a video I watch at least once a month, even when we’re not being ravaged by a pandemic.

I’m not sure we’ll ever have a collective sports moment quite like watching Michael Phelps go for eight gold medals in Beijing, and while his victory-by-milliseconds in the 100m butterfly was quite memorable, I still think the ultimate Olympic memory of that run, and probably of my life, came in that year’s 4×100 freestyle race, when Jason Lezak pulled off a miracle anchor leg. In the video below, the race starts at the 2:00 mark, and Lezak’s leg begins at 4:25.

From the moment Dan Hicks says “Bernard is pulling away from him” just before the final turn, and all the way to the finish, it’s pure goosebumps. And something about Rowdy Gaines’ call, “well there’s no doubt that he’s tightening up!” is so perfect for its surprise and anticipation that goes down as an all-timer for me.

CHECKING IN TO SEE IF DEADSPIN STILL SUCKS

Last November, some asshole told the staff of Deadspin to “stick to sports,” and they all all quit instead. The full story is slightly more complex, but that’s the gist—a guy with lots of money and no appreciation for the talent he’d inherited decided he didn’t like the political tone of some of his staffers, and so he killed one of the best sports websites ever. Afterward, I accidentally visited the defunct Deadspin.com several times out of habit, and it occurred to me that other than ESPN, it was the only content-driven site (i.e., not Google, or social media like Facebook or Twitter, or aggregation sites like Reddit) whose homepage I visited on a regular basis. Everything else was driven by links, but like clockwork I’d go to Deadspin’s home page, knowing I’d find something interesting, funny, or enraging.

A few months after it died, Deadspin was launched again by a group of scabs, and it’s a nightmare—a lame dad’s idea of what a sports website should be. (And I say that as a lame dad.) One of the first memorable stories was a classic in the Thirsty Take department arguing that Tom Brady was overrated, and it’s been straight crap all the way down the line. So let’s check in with some current headlines—without linking them—to see if anything’s changed:

“I hate to say it, but Isiah Thomas was right.”

Status: Will not read. Isiah Thomas sucks, and Jordan owned him both on the court and in The Last Dance. Anyone who defends him is a narc.

“With NFL draft in the rearview, here are some best bets to win some hardware.”

This is the feature post, and the headline seems like it was written by an alien. A smart-ish alien, but one who just learned English.

It was about milk, you moron. You absolute clown.

On a serious note, that last headline is instructive. One of the great things about Real Deadspin was how they treated their audience like they had a brain in their heads (and some basic knowledge), and dispensed with the overly formal language of newspaper headlines. They might have had the same take on this, but their headline would have been “Justin Rohrwasser is full of shit.” And if you didn’t know who Rohrwasser was, you’d read to find out.

IS THERE ANYTHING TO LOOK FORWARD TO?

Tonight, ESPN is re-airing Game 7 of the 2003 ALCS. That was the good one, when the Yankees won on Aaron Boone’s walk-off homer. I was in Dublin, Ireland, watching this game at like 4 a.m. with a group of Boston fans, and I legitimately thought I might die that night. In a lot of ways, this was the last good moment to be a Yanks fan until the World Series year in 2009 (yes, I want your sympathy for enduring a six-year drought where we merely made the playoffs a bunch). In the World Series that year, Josh Beckett and the Marlins owned us, and then came the unspeakable 2004 collapse to the Sox, followed by just a slew of garbage playoff performances. So yes, I may watch this tonight.

Second, I have it on good authority that the first episode of Apocalypse Sports Radio will be released later today, and I’ll also be speaking with NBC Sports’ Tim Layden for the second podcast of the week, which will come out Thursday.

Starting tomorrow, the posts will go behind the paywall, meaning we’ll get the first ever Patreon-exclusive ASN content. If you want to join up, it’s only $3 a month for five posts like this each week plus two podcasts, so click the button below and enlist. Good day!

One thought on “All the Bits You Could Ever Want, Plus Mud”