Everything Depends on the NBA Bubble 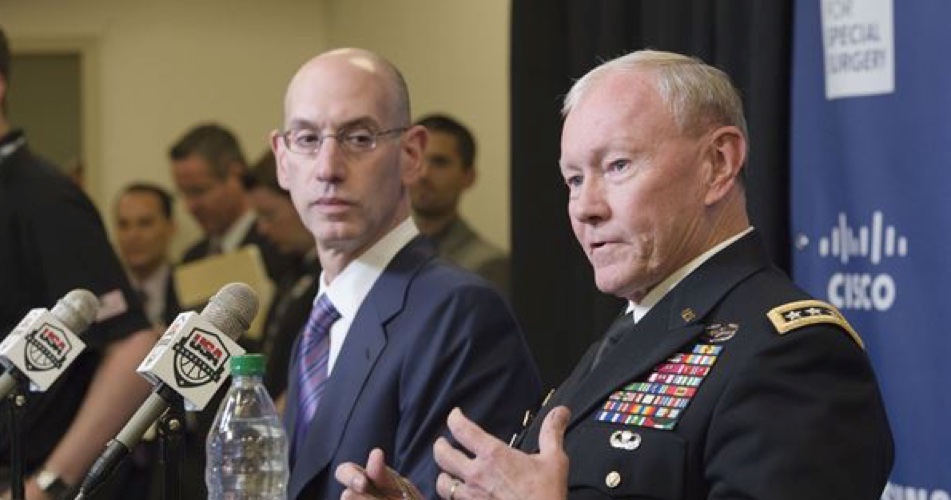 The NBA’s Orlando bubble will cost $150 million and involve about 1,500 people for the three months it takes to complete the season. It’s happening for economic reasons, of course, although commissioner Adam Silver put a little gloss on it when he said that, “we’re coming back because sports matter in our society. They bring people together when they need it the most.”

I don’t think he’s wrong. But the bubble might be wrong, and it’s a terrible irony that it’s taking place in Florida, of all places, where the virus is now raging out of control and the governor seems disinclined to do much about it. Meanwhile, what do we know so far? Well, a half dozen players have already opted not to return, including a key contributor on a title contender (Avery Bradley, Lakers). There will be many older coaches heading to Orlando. There’s pressure on players to attend who are thinking of not going because of the Black Lives Matter movement (which, I have to say, doesn’t make a lot of sense to me as a reason not to play). Damien Lillard laughed at the idea that there would be full compliance among the players once they’re in Orlando, and if golf is any indication should have laughed. Four players tested positive before traveling. And at least one person is going to be traveling in and out of the bubble:

None of this means it won’t work, necessarily, but already you can see the flaws in the plan and the potential for disaster, and nobody is even in Florida yet.

The problem here isn’t just an NBA problem. The problem is that the NBA is going to set the tone for all team sports in America, including the NFL, college football, and baseball. If the NBA can’t successfully run a short tournament inside a bubble, what chance would a “normal” league have? How could you expect to travel and play games and endure an entire season when our first wave is still peaking and you’re not even isolating?

You could probably say the same about the MLS “Soccer Is Back” tournament being held in Orlando. That one actually starts earlier, and may be a harbinger of things to come since it’s in the same city as the NBA resumption, but to a certain extent you can ignore MLS soccer in a way you simply can’t with basketball. Yes, if MLS completely implodes, there will definitely be reverberations felt across the American sports world, but anything short of a complete shutdown will probably be ignored in the broader sense. Not so in the NBA—each positive test, each setback, will be front page news. And it’s harder to prevent the spread in an indoor sport like basketball with more physical contact than any other game except football.

A lot of this may seem obvious, but I still find it nerve-wracking. It seems like everything hangs in the balance, sports-wise, and if the NBA is the foundation, it’s a rickety one at best. How bad will it have to be before the really important players start to bail, and the whole enterprise collapses in on itself? What if a key player has to sit out a playoff series? What if someone not only tests positive, but actually gets really, really sick?

What if, what if, what if. It goes back to the same conundrum we’ve been unable to solve on a national level—do you force the issue and return early, risking a nightmare if it goes wrong, or do you wait and wait and wait, sacrificing time and money in the hope that a day comes when you can return without fear? In America, at least, we keep choosing the former, and here we are.